Speaking of having random memories ---

Speaking of having random memories ---

I just now remembered "Hello mellow Jax little darlin' " I must have been about 10 at the time. Funny how those things just show up. (Beer commercial)
Gary

I located an online forum called Old Commercials. A guy called MrChuck posted this: Hello mellow Jax little Darling,,,your the beer for me,, I sang this jingle in the 2nd grade when Mrs Smith asked her students to stand and sing their favorite song.
This was in 1943.
Today, I have a Grand Prize bottlle opener on my car ignition ring.
Gary

The Trades Descriptions Act of 1968 took away many of the slogans of my childhood. No longer could Guinness be "good for you", and Mackeson Stout might still look good, taste good, but no more "and by golly, it does you good!" Craven A tobacco (a descendant of the brand referred to as Arcadia Mixture by J M Barrie in My Lady Nicotine) could no longer claim "it will not affect your throat".

Instead we had legally defensible claims that were opinion or artistic. Detergent could get your wash "whiter than white" (show that to an SJW and watch a head explode!) and Heineken could "refresh the parts other beers cannot reach".

No doubt the TDA 1968 did plenty of good in preventing mislabeling, or misleading pricing - prior to that it was common for a store to mark an item "20% off" or "on sale" when its price was no lower than last week. But replacing a straightforward false claim with an airy-fairy meaningless one has just meant employing copywriters of a different mindset - the consumer is just as bedazzled by nonsense. The Act has been replaced by EU legislation now, but remains memorable for the good old slogans it destroyed.

Funnily enough I can't find an image of a Mackeson poster, but see Harold Wilson steal the slogan for the 1964 general election: 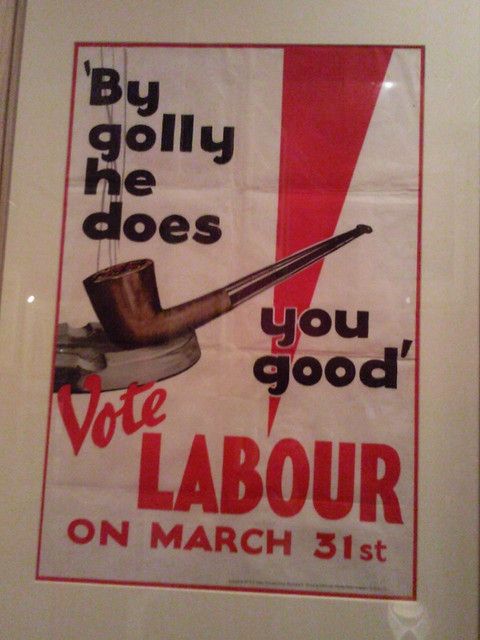 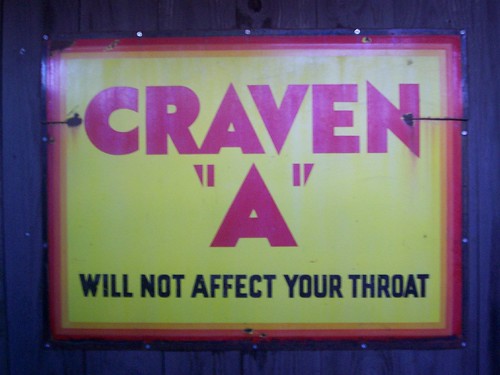 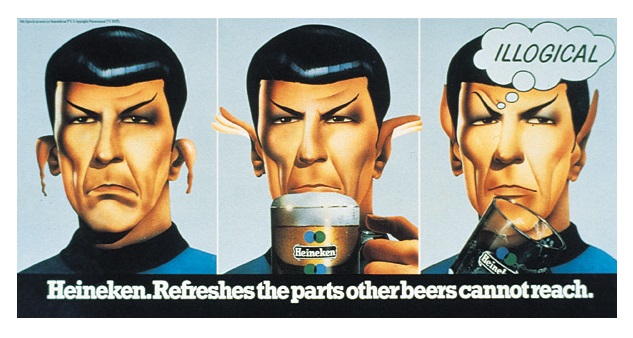 I used to be a pipe smoker and two of my favourite tobaccos were Baby’s Bottom and Three Nuns. The slogans for each were:
Baby’s Bottom - Nothing smoother than baby’s bottom.
Three Nuns - None nicer.

Where I grew up soccer/football was very popular with a certain segment of the population. The star at the time was Dusty King and the most popular cigarettes were OK Cigarettes. The cigarette ads were, “If OK are OK for Dusty King, OK are OK for me.”

One toothpaste ad that sticks in my mind is that for Pepsodent: “You’ll wonder where the yellow went when you go steady with Pepsodent.”

We also had a few slogans of our own. For example, Texan and Camel were two popular brands of cigarettes, especially with the macho boys; the slogans were, “Smoke Texans and cough like a cowboy’s horse” and “Camel, the only cigarettes with a picture of its factory on the pack.”
Bryan
Top 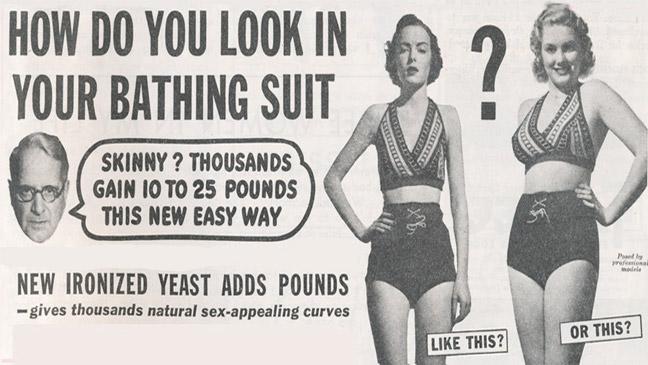 I'd say that was also an early case of "Photoshop Fail", even before Photoshop.


Rufus wrote: ↑
Tue Jun 11, 2019 4:55 am
We also had a few slogans of our own. For example, Texan and Camel were two popular brands of cigarettes, especially with the macho boys; the slogans were, “Smoke Texans and cough like a cowboy’s horse” and “Camel, the only cigarettes with a picture of its factory on the pack.”

Hard to believe that Marlboros were originally intended to be a ladies' cigarette. They gave up on that and went for the cowboy theme.
Don't chase the BBS.
Beware of Ghost Stubble - just ignore it.
Top
Post Reply
6 posts • Page 1 of 1