Need help with a process of wetshaving? Wanna see pics or videos? Here is your Mecca!
Post Reply
12 posts • Page 1 of 1

I don't think I have ever seen quite so much snow in my thirty years in Nova Scotia.

The front deck is full, which is to say it is at shoulder height: 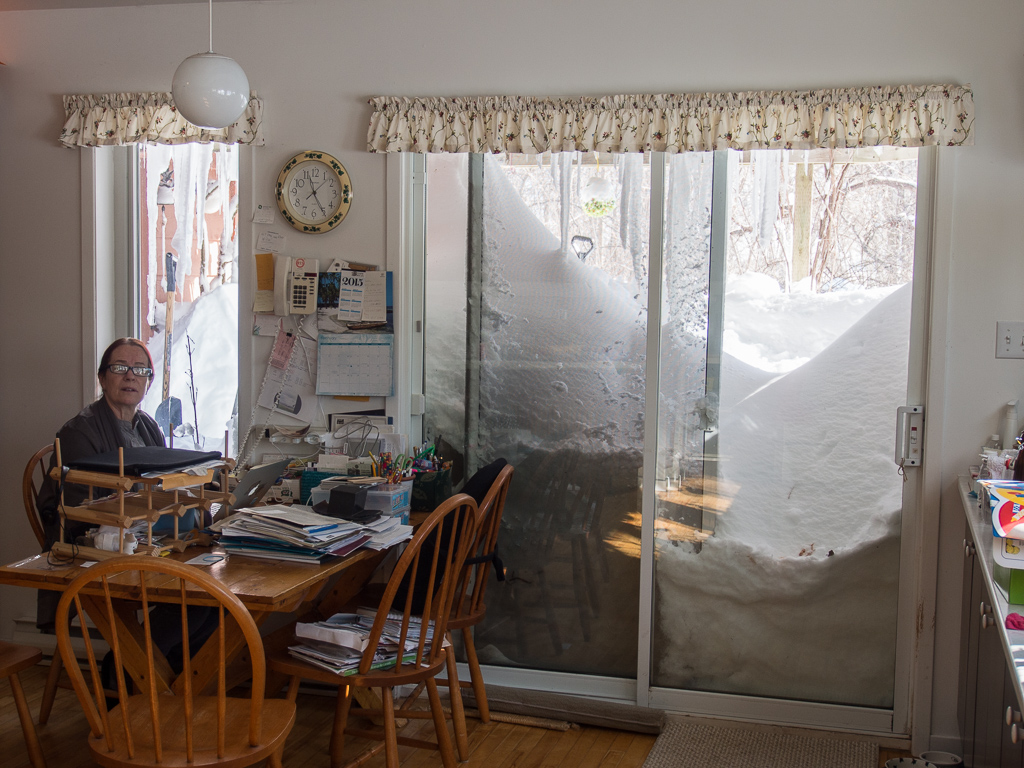 To get out of the front door: 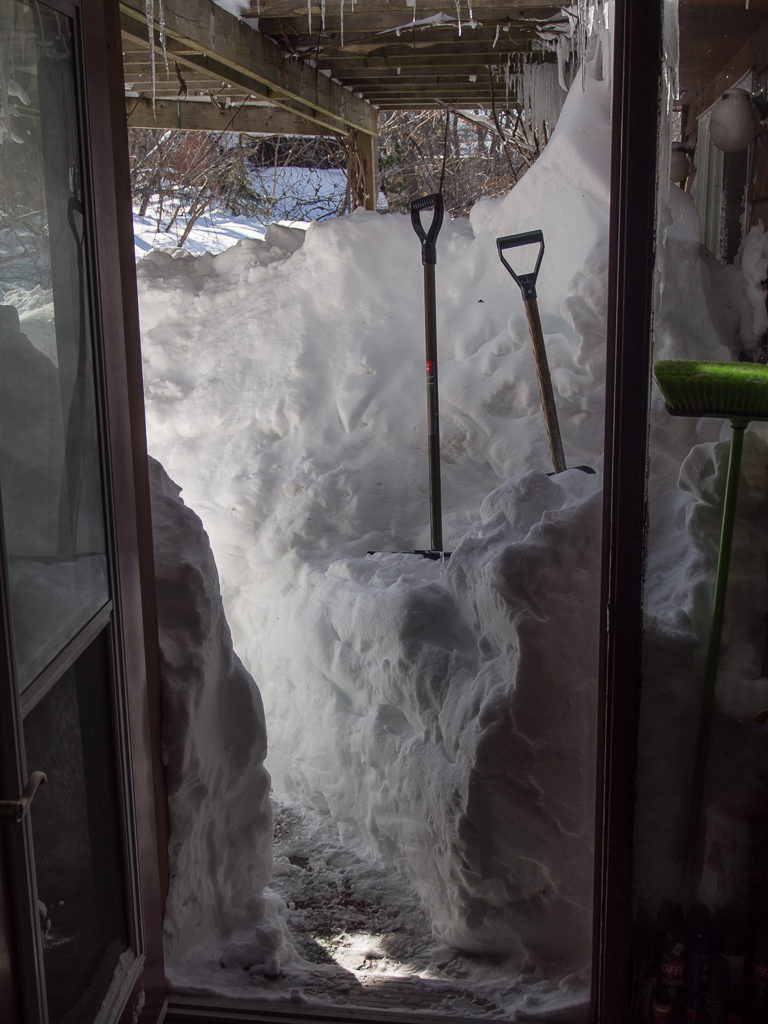 An artistic, but narrow path off the deck: 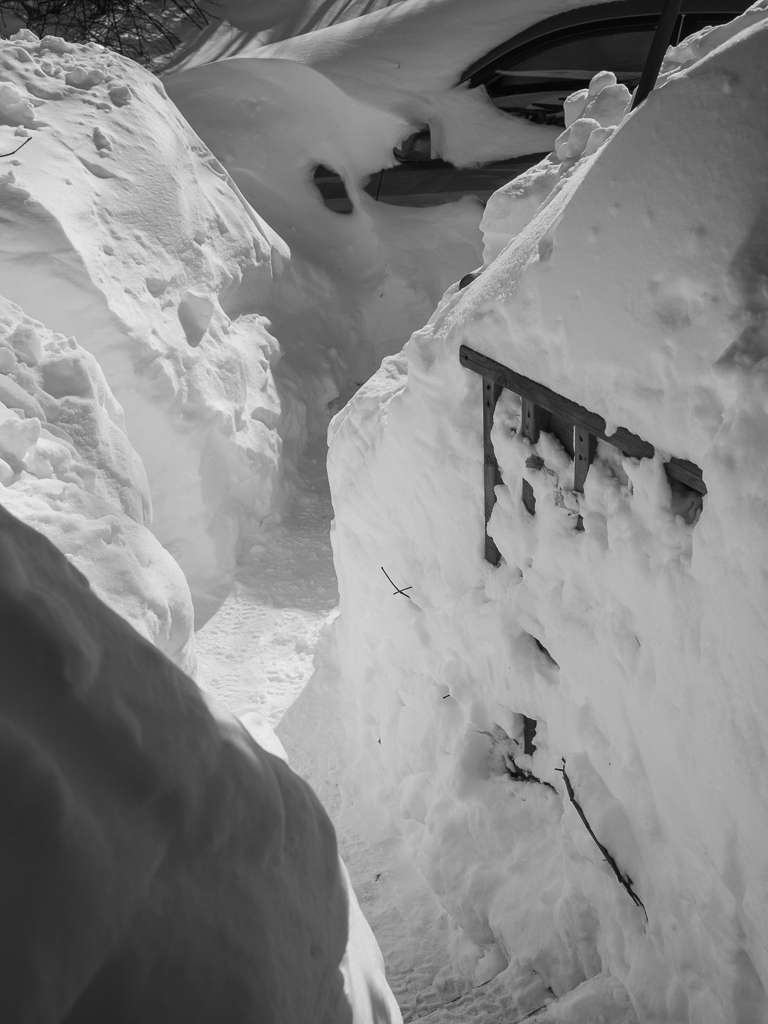 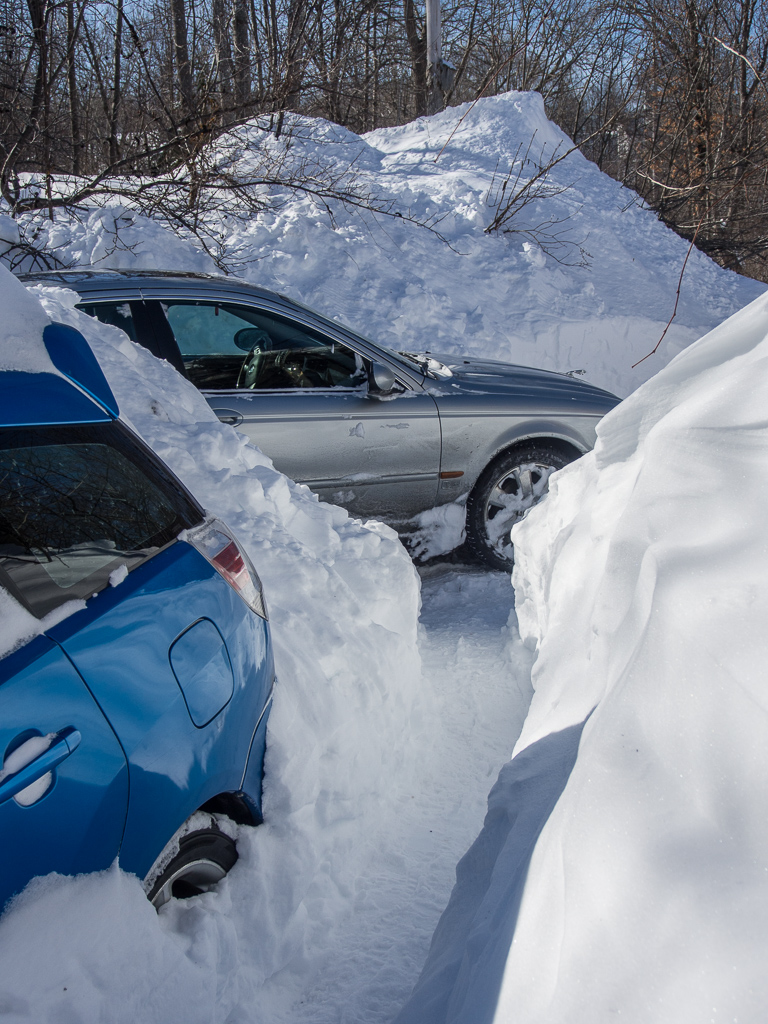 What has been dug/blown so far at the front of the house: 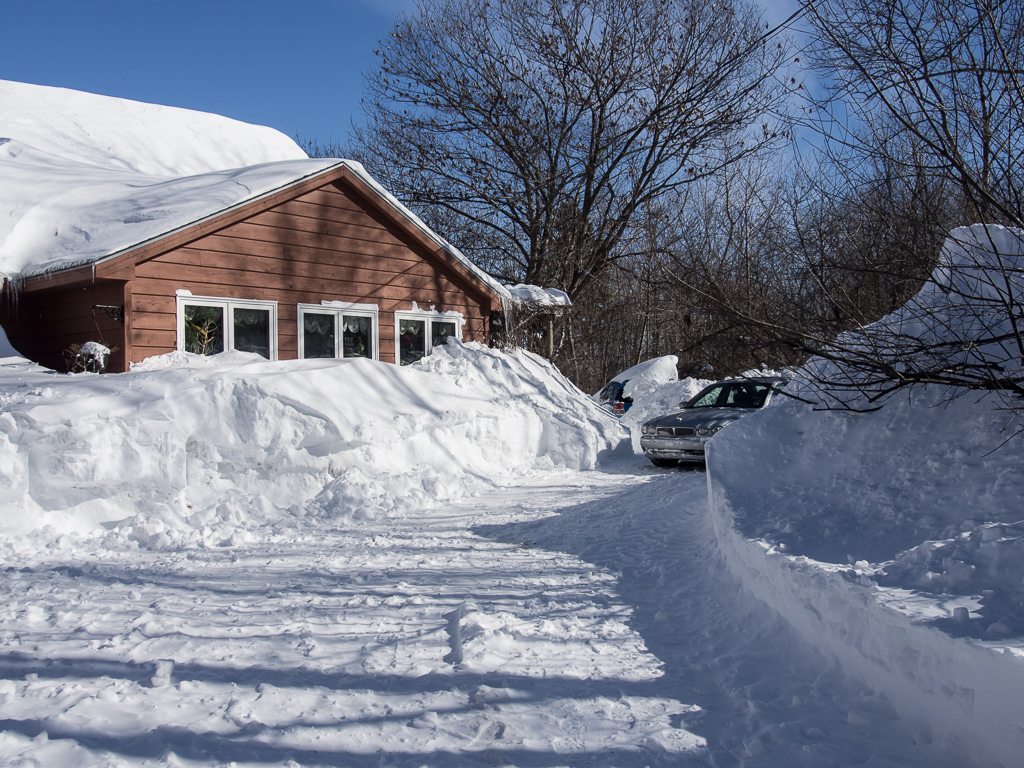 The front of the house: 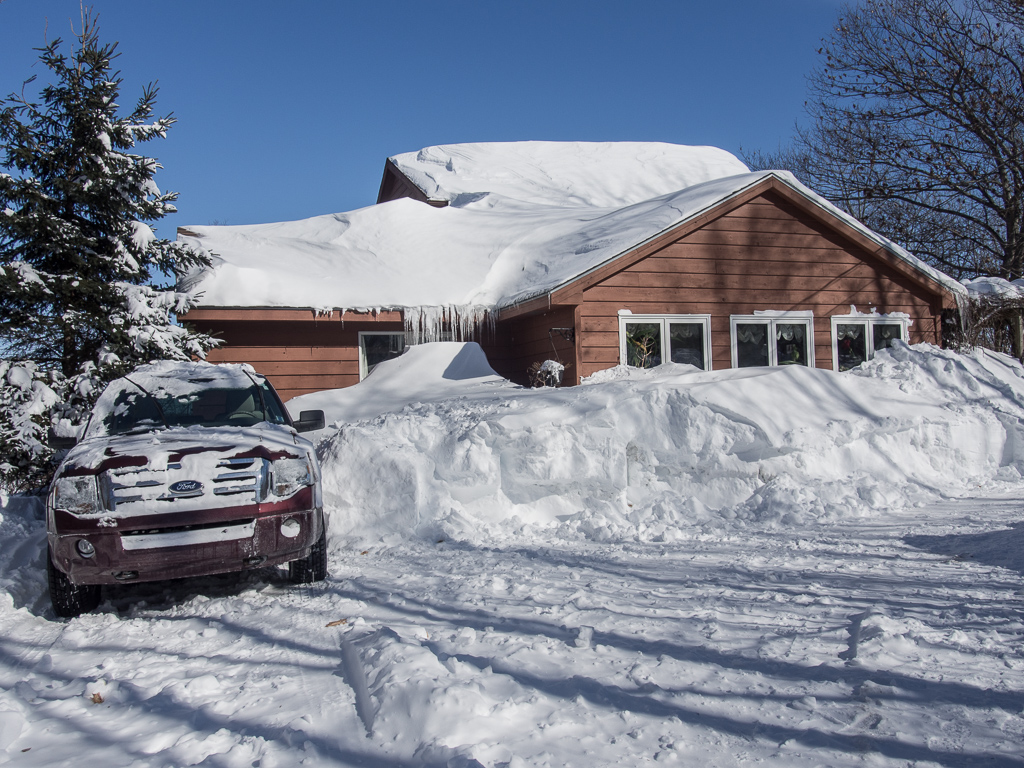 Up to four feet of snow on the garage roof: 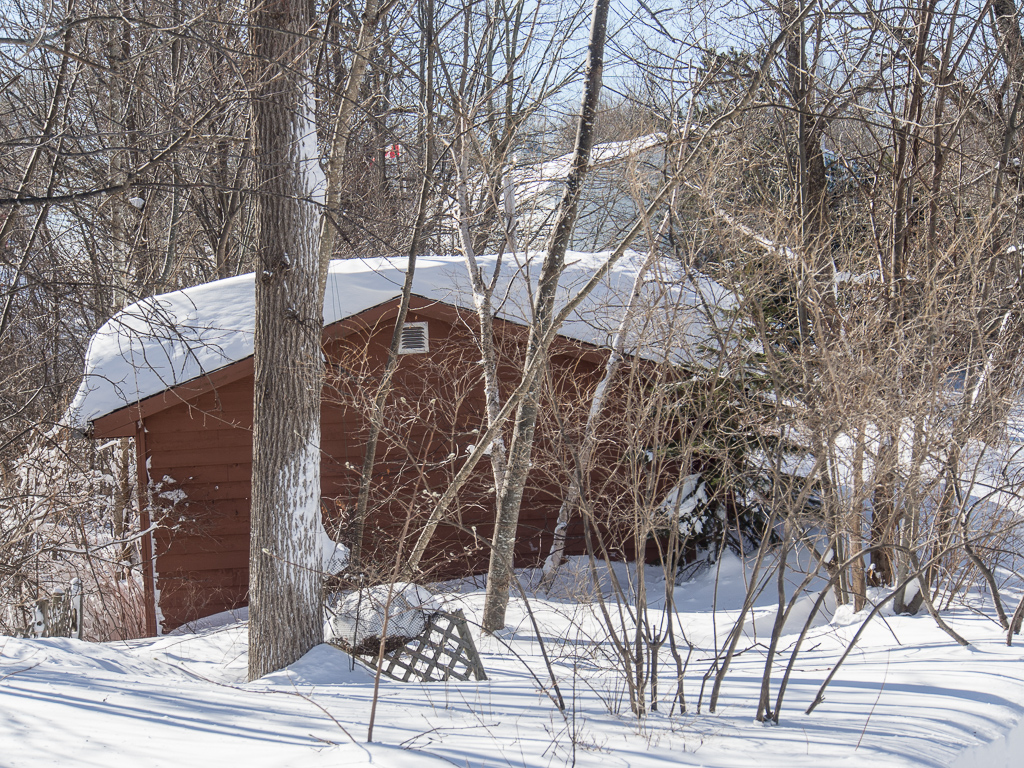 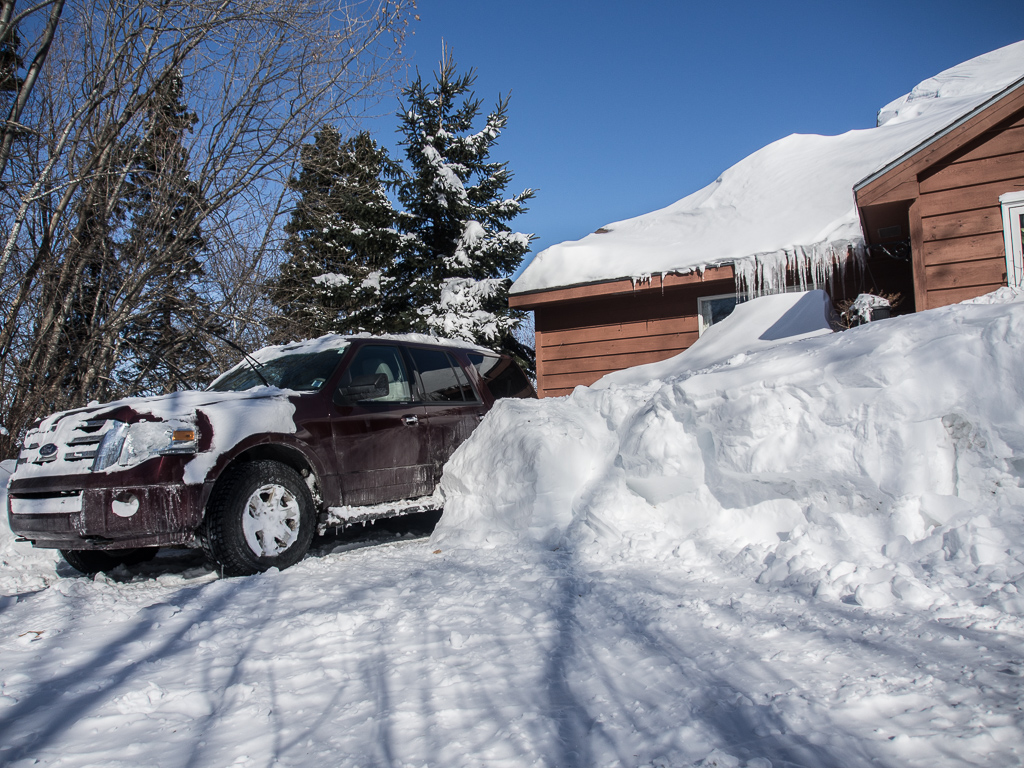 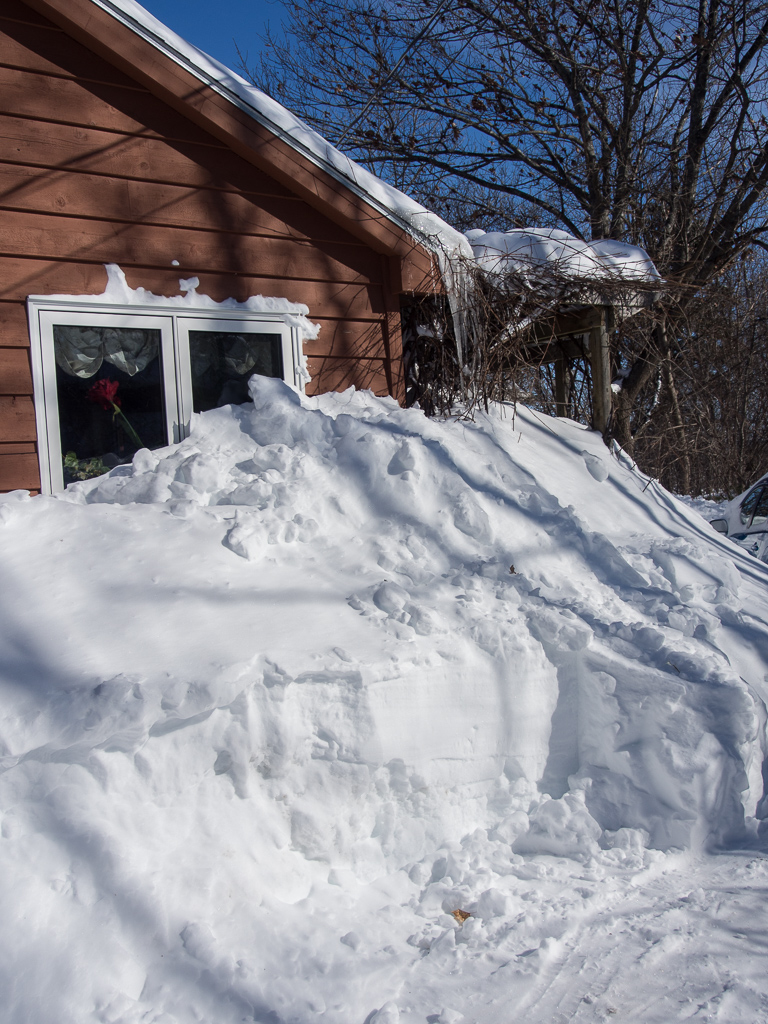 Beat a path to my door any time you like! 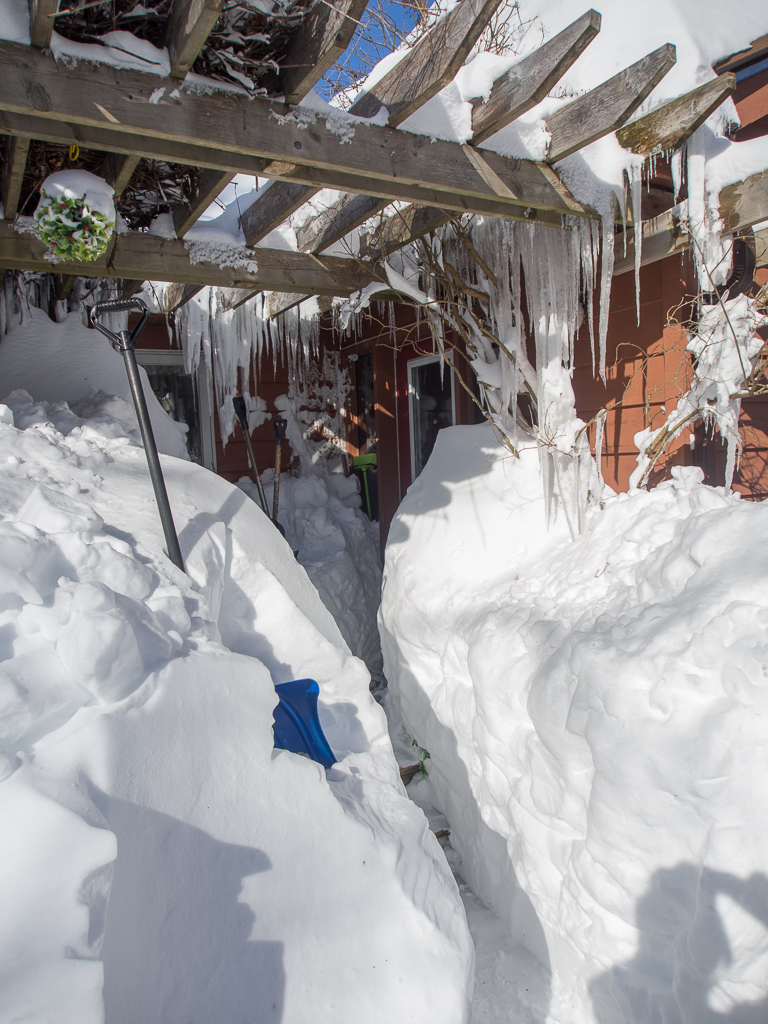 Other than roof issues, what dangers would arise with all that snow? Pressure on the windows? Flooding and drainage issues when it melts?
Top

Amazing how we adapt. One of the guys in my coffee group saw some snow flurries early this morning but that's it locally, yet his wife told him they're spending next winter in Florida because she can't stand the idea of another cold winter here.
Regards,
Squire
Top

Reminds me of the Blizzard of 77 --- a real rip-snorter that tore through Western New York and the Niagara Peninsula. It was brutal --- I was in high school at the time, they cancelled everything at school for over a week, including exams, then double-up on things to get us through the term --- it was a fun break, but a brutal make-up period.

Glad you are safe -- some folks aren't as fortunate as you were.
Wendell

Sam wrote:Other than roof issues, what dangers would arise with all that snow? Pressure on the windows? Flooding and drainage issues when it melts?

All of the above. Roof collapse is the biggest worry. I have a roof rake and ladders ready to scrape some of the stuff off. Melting problems would seem like a blessing at the moment.

Simply amazing! I hope you have plenty of provisions on hand; especially a well stocked wine cellar. You may be stuck in the house for a while.

Unbelievable! Hope all is well and you can maintain.

I agree keep the liquor cabinet, wine cellar, and pantry stocked . . . in that order.

good luck....i feel guilty about crying like a baby over the 6 inches we had here yesterday!!!!.....i wanna go to FL too hahaha

Impressive, Chris! I hope everything works out well. Keep warm and safe!
David

“Use any means to keep from being a genius, all means to become one.” John Cage
Top

It is strange how nature's cycles keep us guessing. Here in Seattle we had what was referred to as "the blizzard of '97". The whole flippin' city practically shut down. It was just the one big storm -- not the multiple blasts hitting eastern north America now, and probably dumped less than two feet of snow, but winters in the northwest are typically mild.

It just caught the city by surprise I guess. Seems like about once every decade or two Seattle gets slammed (or what passes for slammed here) and there simply aren't enough snowplows to do what's necessary. I lived in central Connecticut for a couple of years, and the folks there would laugh at us here in Seattle when all the schools shut down for "snow days".

I really hope you are able to see some relief from these severe conditions soon.
Gary

That's a lot of snow!

Here in eastern Washington State (not at all like the Seattle side) we have normally had hard winters. I moved to this side of the mountains in 1983, and winters through the 1980s typically had heavy snowfall from November into January. It never warmed up enough during the winter to melt the snow, so we never had slush. Snow was piled in parking lots and in berms down the middle of streets, where it remained until it evaporated.

Since then, we rarely get snow in November, but we can get it into March. Temperatures rise and fall, so accumulated snow melts intermittently. Our last great snowfall was in 1997, when I had five-foot drifts on my roof. Since then, we have had less and less snow, and winters are becoming very mild. This winter, we had one little snowfall of possibly an inch, and this week temperatures are hovering around 50F during the day, down into the low 30s and high 20s at night.

The middle and east of this continent appear to be getting even harder winters than before, while the west appears to be warming up.