Need help with a process of wetshaving? Wanna see pics or videos? Here is your Mecca!
Post Reply
9 posts • Page 1 of 1

I have joined the meterless club for 35mm, having decided that I shoot MF and LF quite happily without a meter in the camera, so why not simplify things for 35mm? (I also have to dispose of lots of gear so that it won't be a problem for my wife when the leukemia comes back.) So I have done a deal with my enabler, the wonderful Jean at Camtec in Montreal, to reduce all my Leica gear to a 1963 M2 and silver 35 Lux, 50 Lux and 90 Summarit. The M2 arrived today, so I put a roll of Tri-X through it: 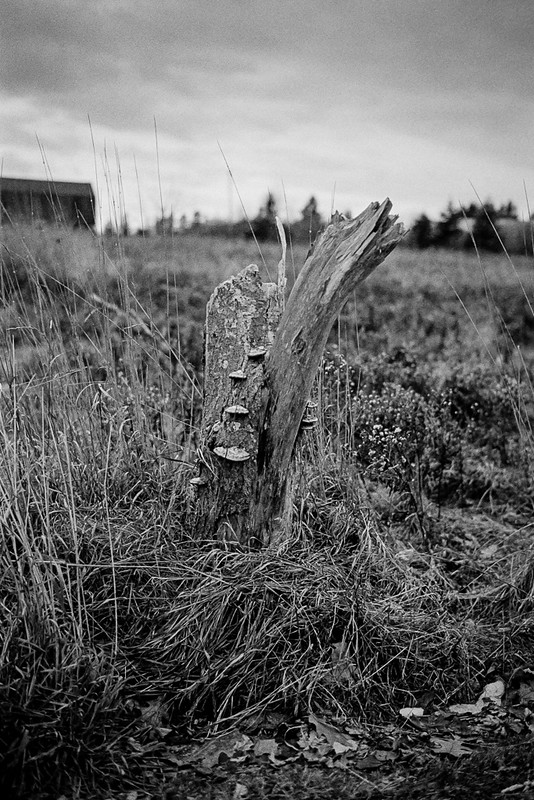 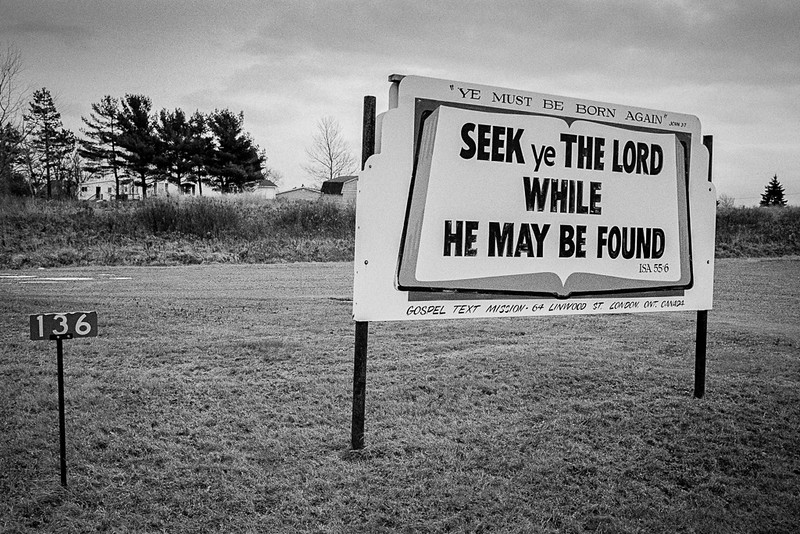 The M2 is a classic and that sounds like a very nice outfit. Congratulations.

I would be curious to know what you are culling and what essential equipment you will choose to keep. That, in itself, tells a lot about the photographer.

I'll still have the OM-D and the D810 for digital stuff. Leica gear will be reduced to the four items above, and Jean is taking the M9, MM, and lenses CV15, Elmarit 24, Summarit 35, Summilux 35ASPH, Summilux 35FLE (black), Summilux 50 (black), Noctilux 50/1.0, Summarit 75, Summilux 75, Summicron 90, Macro-Elmar M 90 (w/goggles), Elmarit M 90 and two Elmar 135s. He also gets some spare batteries, leather cases, Leica grips, and other odds and ends. I'll still have to unload a Visoflex 3, some bellows and a set of Visoflex lenses, along with various Visoflex adaptors, focussing mounts and extension rings.

I think all that tells you is that I spent too much money! I'll still have the various 35mm film SLRs (8 Pentax, 4 Nikon, three Olympus), a Rolleiflex, Hassie 500 and SWC, Fuji GA645, Fuji GW690, Bessa III, a Crown Graphic, Chamonix 4x5 and Chamonix 10x8, and all their various lenses. If I can use up my supplies of sheet film, I'll sell the large formats and lenses. With the MFs, I still have half a freezer of roll film to use, and I will probably thin them down to the Hassie 500 and a couple of lenses.

I've known that you had a lot of equipment, based on your posts over time, but I have never seen them all laid out in one list. That's a lovely array of machines and a major distillation thereof. Still, it leaves you very well equipped.

I figured the Rolleiflex would be soon to go, as you never seemed to really bond with its TLRness. I am surprised that you plan to eliminate the large format cameras, as you seemed to derive a lot of photographic satisfaction from them recently.

It's a function of the money invested versus the utility. They are a lot of fun, but are suited to a style of photography that isn't my real interest.

BTW, I forgot the Pentax 645N and its 4 lenses in the list above. I think it's a keeper too.

More from the M2: 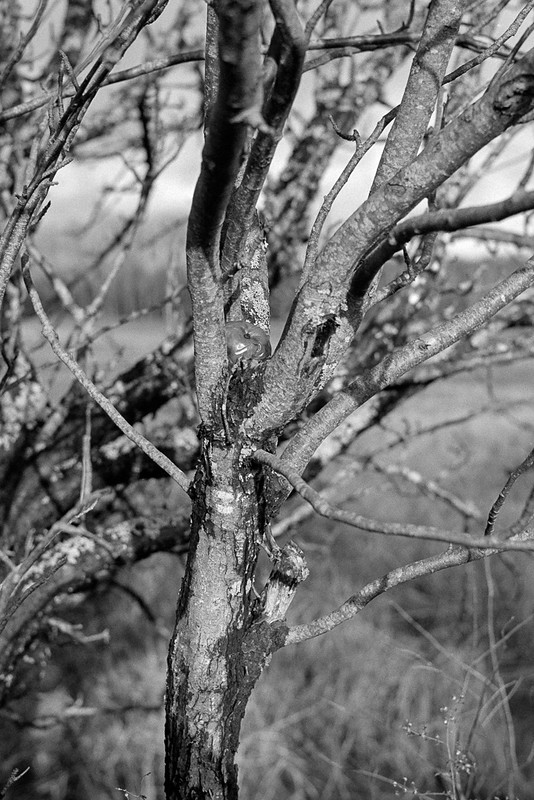 The apple that didn't fall far from the tree by chrism229, on Flickr 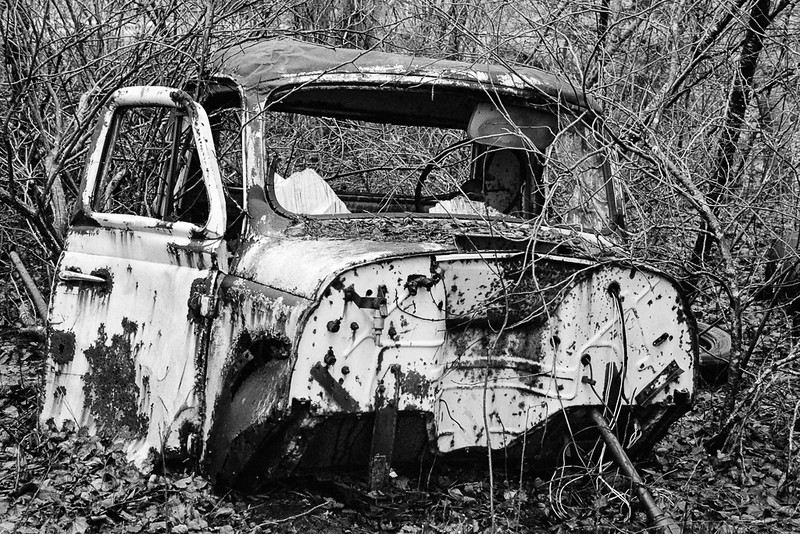 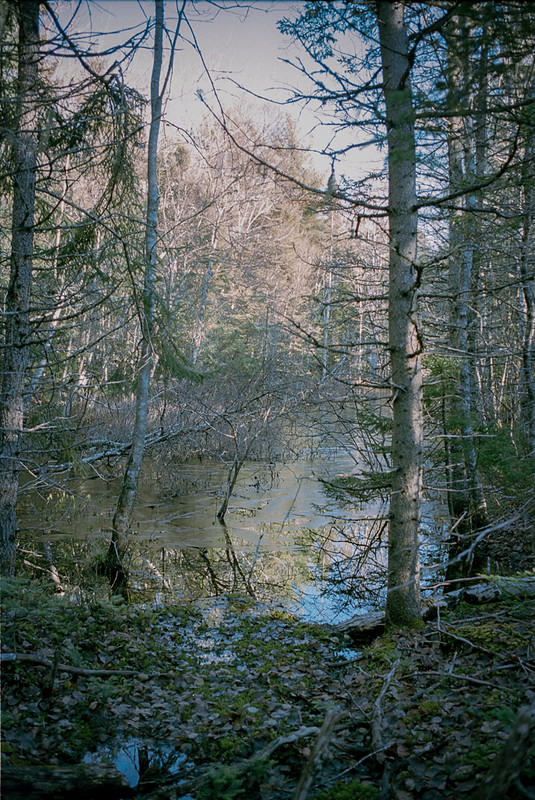 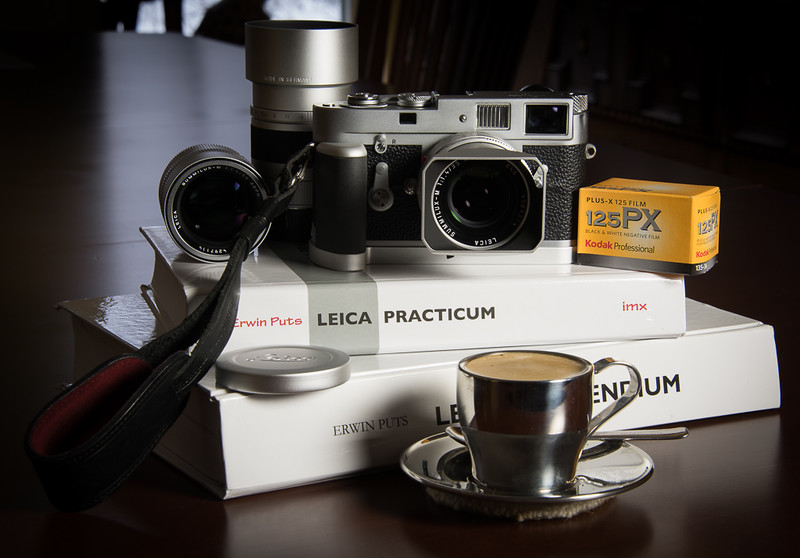 I sent away everything else today (save for the Visoflex and its lenses/bellows/adaptors - they have to go on the 'Bay). Sad, but hopeful that the 'Holy Trinity' of lenses and the M2 will keep me occupied till the film runs out.

The M2 and I are getting along quite nicely. 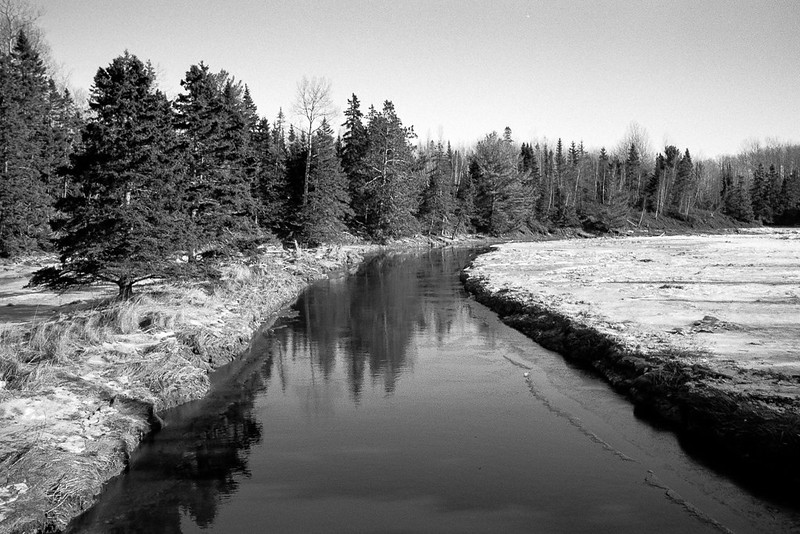 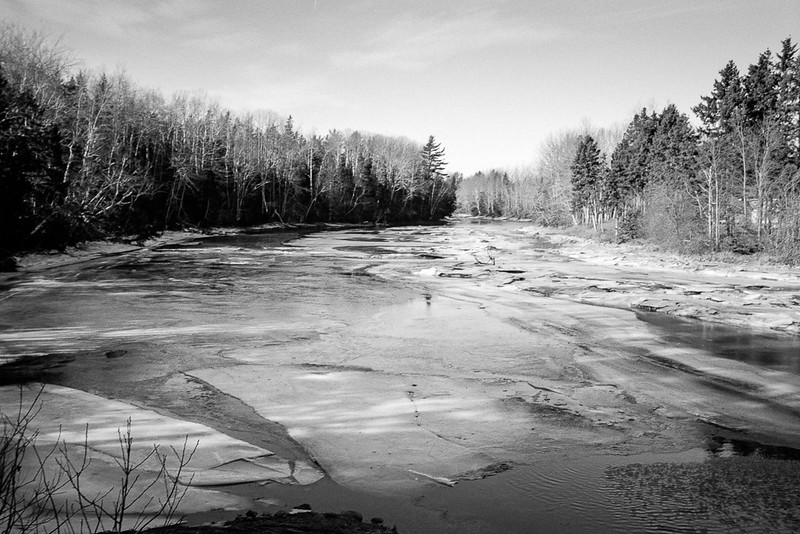 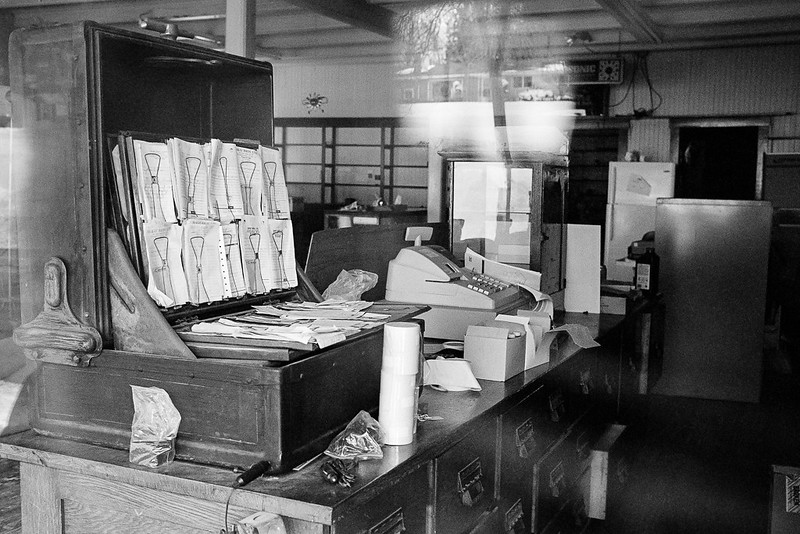 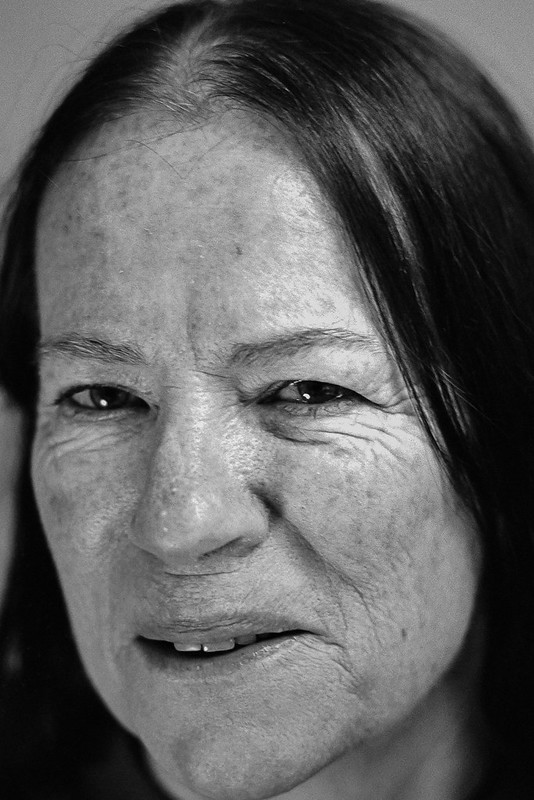 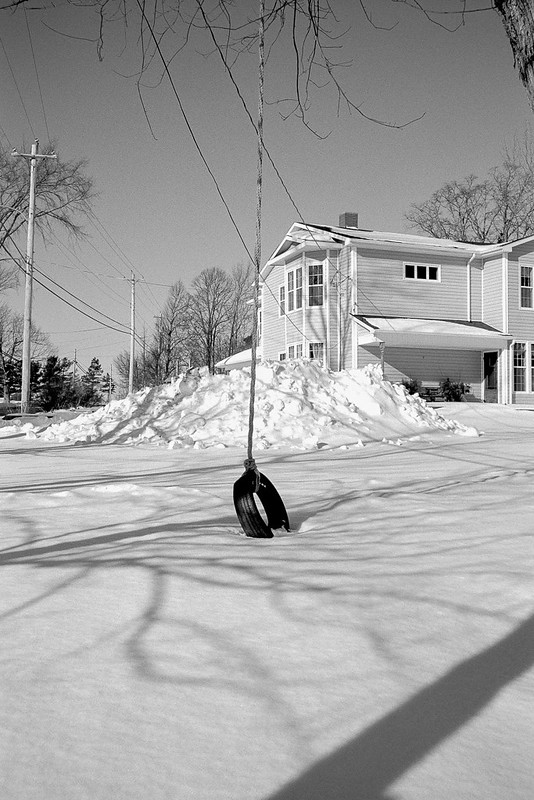 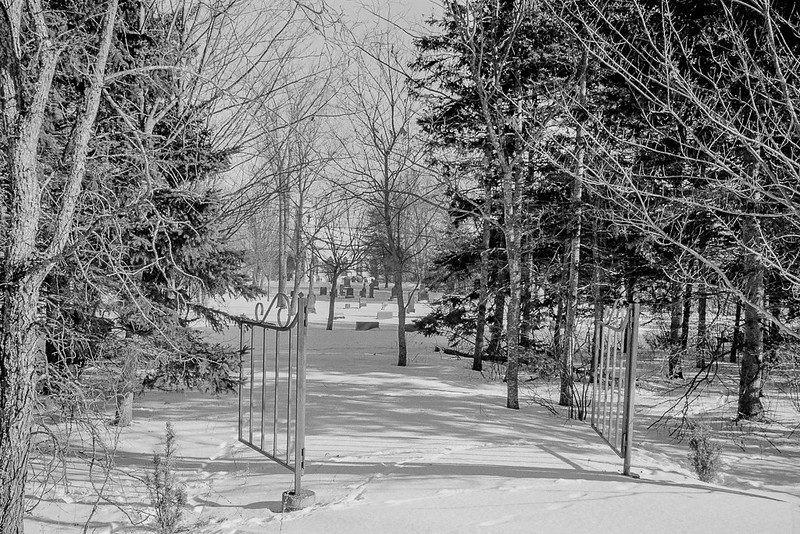 It's true about old Leicas - the hand-fitted mechanisms are so smooth and quiet that I find myself simply fondling it of an evening. Not bad for a 1963 camera to be so seductive!

Through the shop window is indeed a fine image. A little bit of the old and some of the new and of course the cool reflections. Well done Chris.
Bryce