When there was pocket money to be spent, the choice was Southampton, lardy cake, custard pie or cream bun if it was going to be spent in the bakery.

Pippa asked me to make her proper English cream buns for her birthday, so I had to get cracking. These are a rounded bun the size of a cricket ball, shiny with egg wash and made of a sweet bread dough. They are sliced part way through on a slant, and cheap bright red jam and fake cream inserted. The last is an oily confection that tries to emulate crème patisserie, except that it's made from old car tires instead of cream and sugar. Amazingly, I found a recipe for the whole thing here. I won't write it out again, you can read the details at the link.
The mock cream didn't end up like the industrial fake cream; it tastes like a buttercream filling for a sponge cake. In the interests of being authentically inauthentic, I decided our cheating cream could be Birds Dream Topping (I think it's Kraft Dream Whip here, but I have a supply of the English stuff), although now I think off it, the infamous Cool Whip would be pretty close to the original. I found some hideously red and theoretically strawberry flavoured stuff to squirt in next to it. Then a sprinkle of icing sugar over the lot and plonk a candle in in it. There wasn't enough room for the other sixty, so one had to do.
This is the buns cooling off:

and here are a couple with red goo and fake cream inserted, then dusted with sugar:

you can fedex leftovers any time!!

All gone, I'm afraid, but if you want to drool, here's today's dessert - a lemon meringue pie: 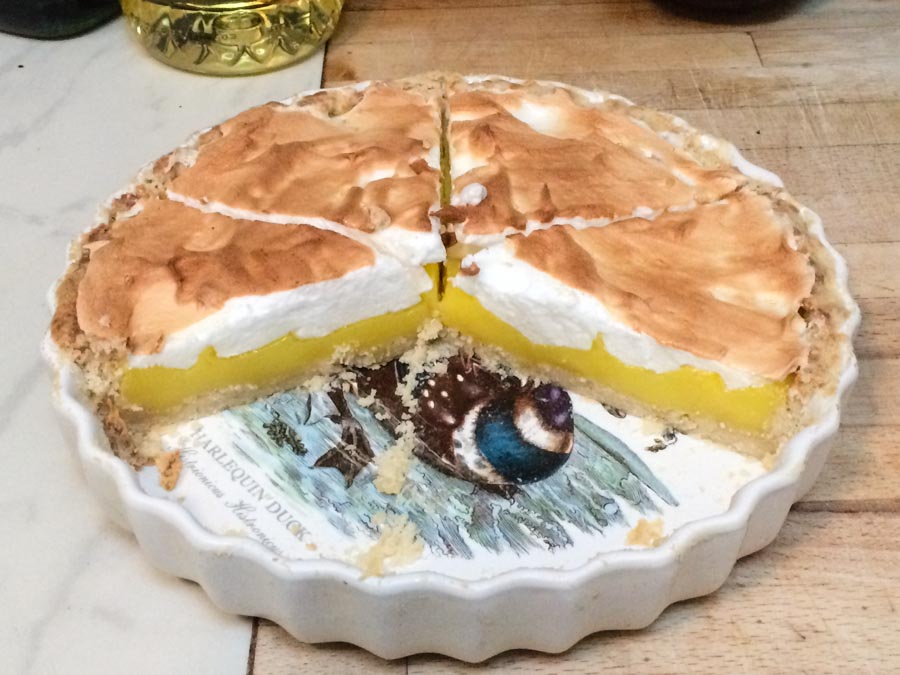 That does look good!

Lucky for you I dont like lemon meringue...if i did i would be knocking on your door