Anyone else like a traditional steamed pudding? I don't use suet, so they come out a bit less dense than the original school dinner kind. This one is a first try at an experiment, using Tate & Lyle's Golden Syrup instead of most of the sugar. I intend to pour some more over it, and then serve with an egg nog custard (ie custard plus vanilla, nutmeg and cinnamon). I see the mice have been at it already while it is still steaming hot! 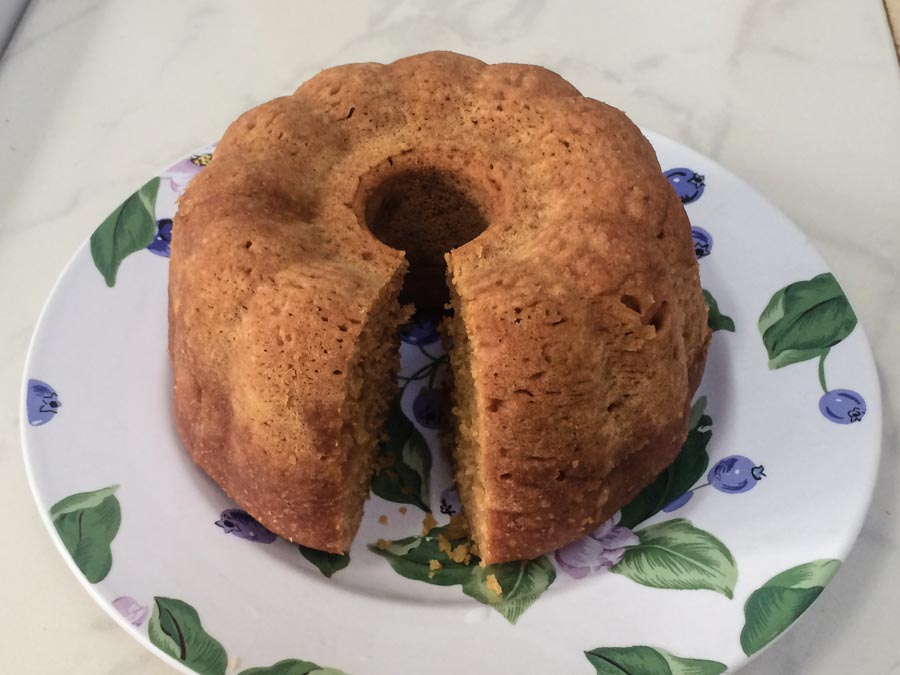 I haven’t had steamed pudding with Golden Syrup in years. We used to get it once a week at boarding school and I loved it; highlight of my culinary week. Good doctor, you’ve re-kindled my interest.
Bryan
Top

It looks good, Chris, and that served together with egg nog custard sounds like a wonderful combination.

Great post and it looks and sounds very delicious.

I never knew what a traditional steamed pudding was until my post about Christmas pudding. Even though I didn't care for what I bought I am interested in trying something more genuine.

Your post has my interest piqued and I may try it nut it will have to wait until all the Holiday pounds come off.