This is a West Country speciality, made from the lard from Wiltshire pigs. Its a straightforward bread dough, using lard as a fat in the dough. After a first rise of 2 hours, the dough is rolled, sprinkled with chunks of lard, butter, brown sugar and dried fruit then folded in thirds, rolled and the process repeated until you have done it three times. That makes 27 layers of fats, sugar and fruit within the dough. Reminiscent of making croissants or puff pastry. Then a second rise of half an hour in a 9x9 pan, baking at 425º for about half an hour. If feeling very decadent, a sugar glaze (50/50 sugar dissolved in water) can be painted on, and extra dry sugar sprinkled on top of that. I was feeling decadent....

Some pictures to demonstrate the rolling, firstly rolled out to an oblong shape and sprinkled with goodies: 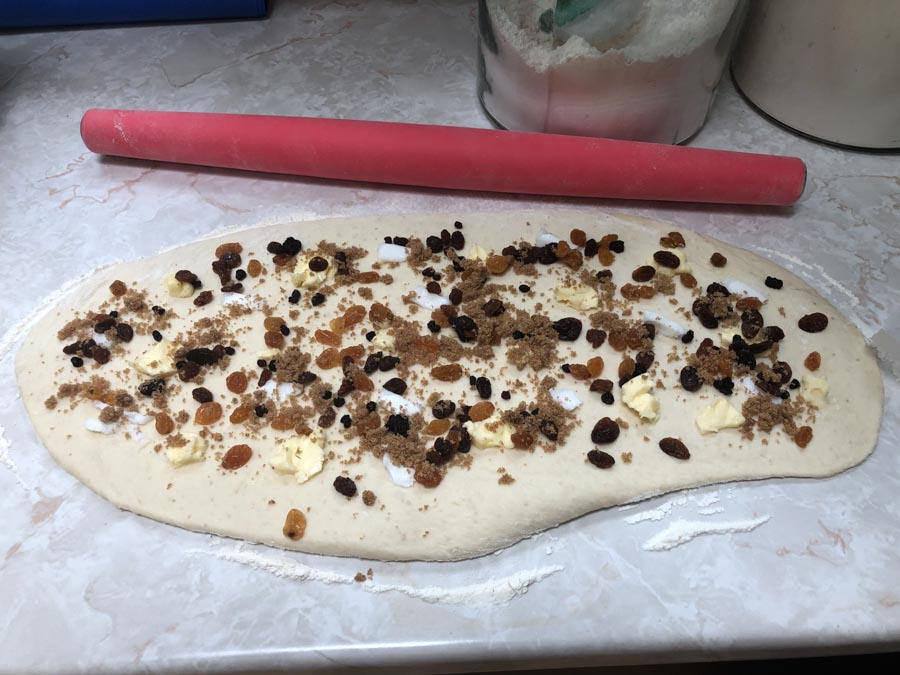 Then folded and rolled to the same size again: 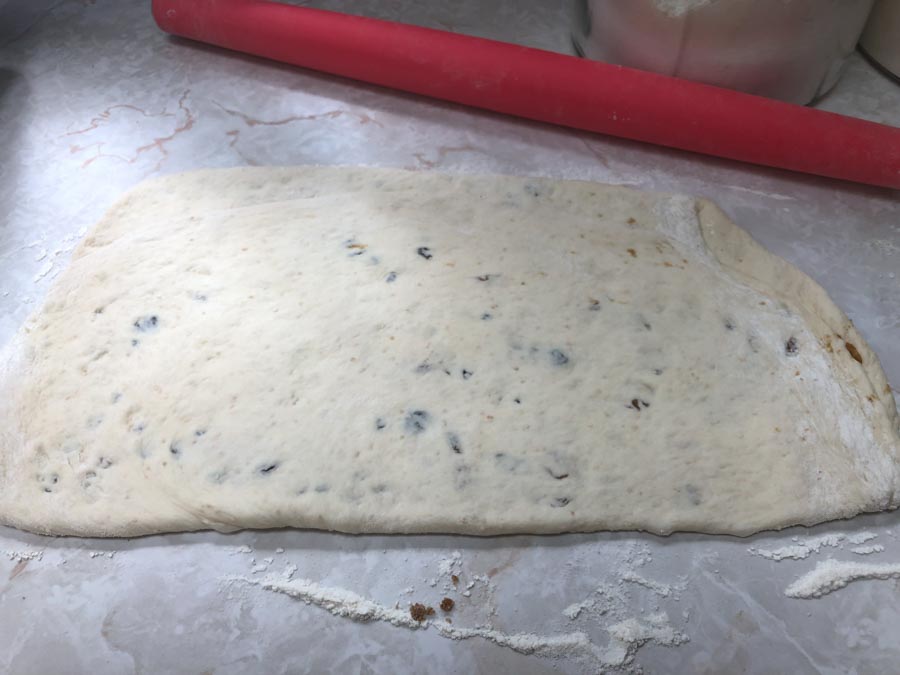 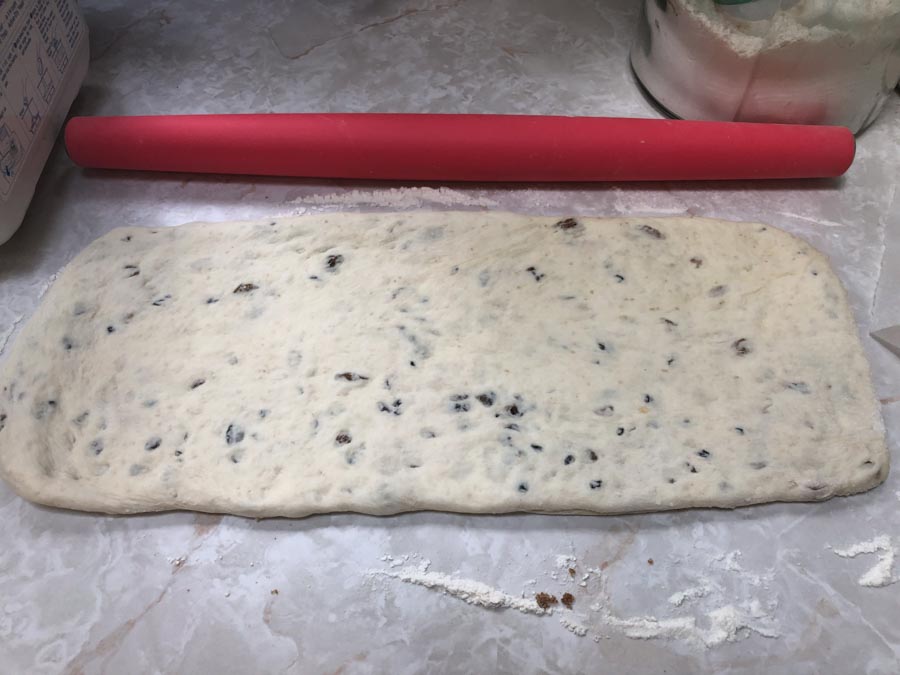 You get the idea. Final rolling is to make it fit in the 9x9 pan, then it's covered and left to rise again for 30 minutes or so. After second rise it looks like this: 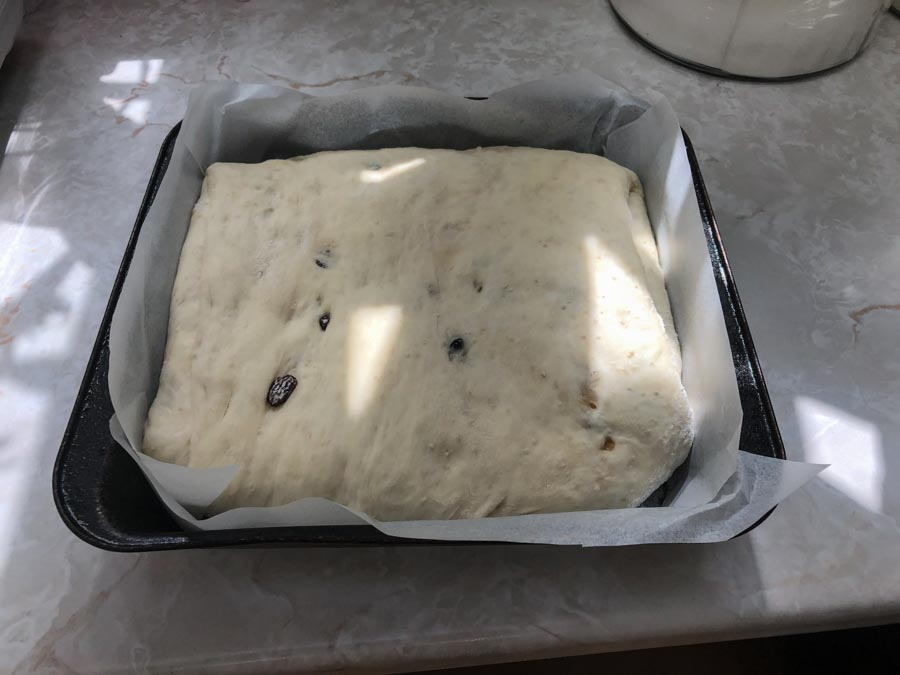 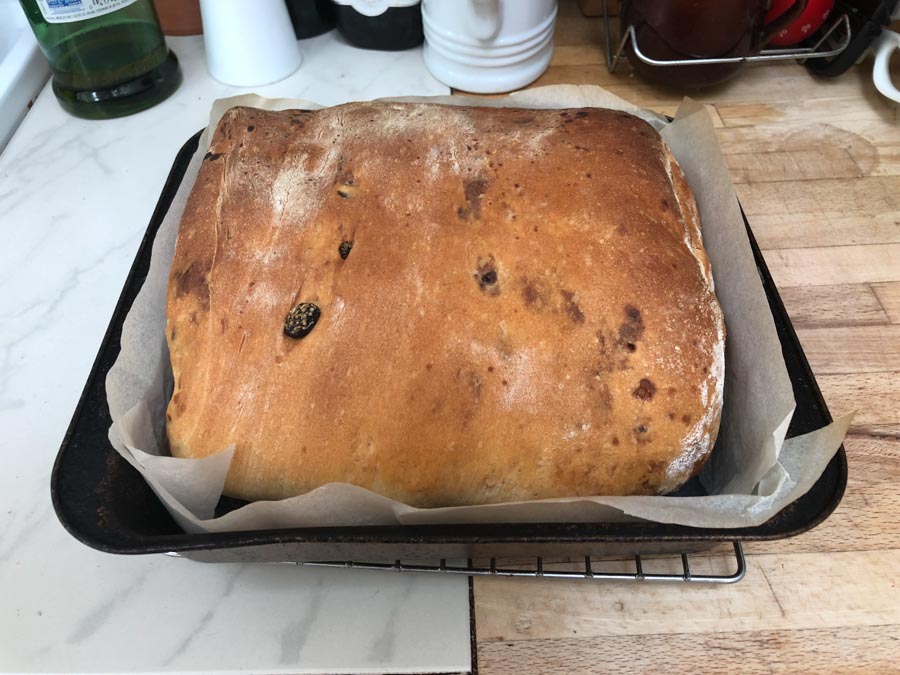 Sugar glaze and dusted with yet more sugar: 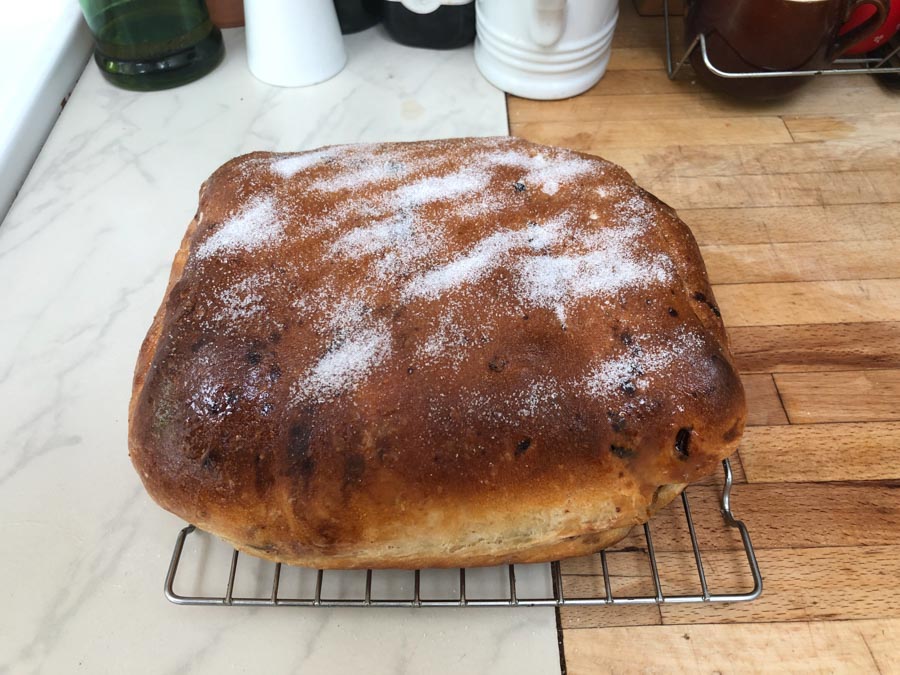 Ready to sample (the sacrifices I make for you guys!): 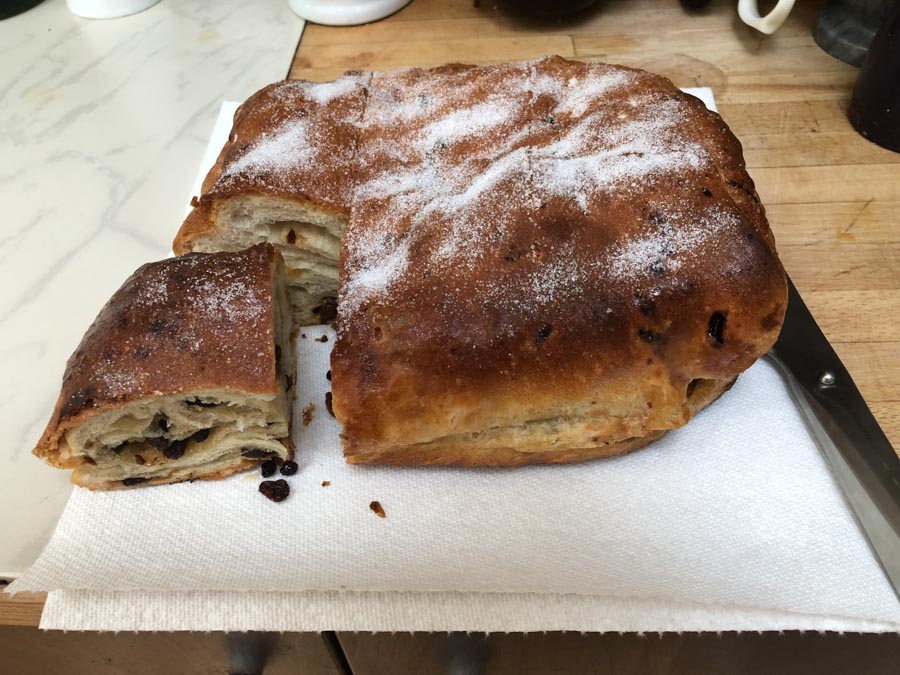 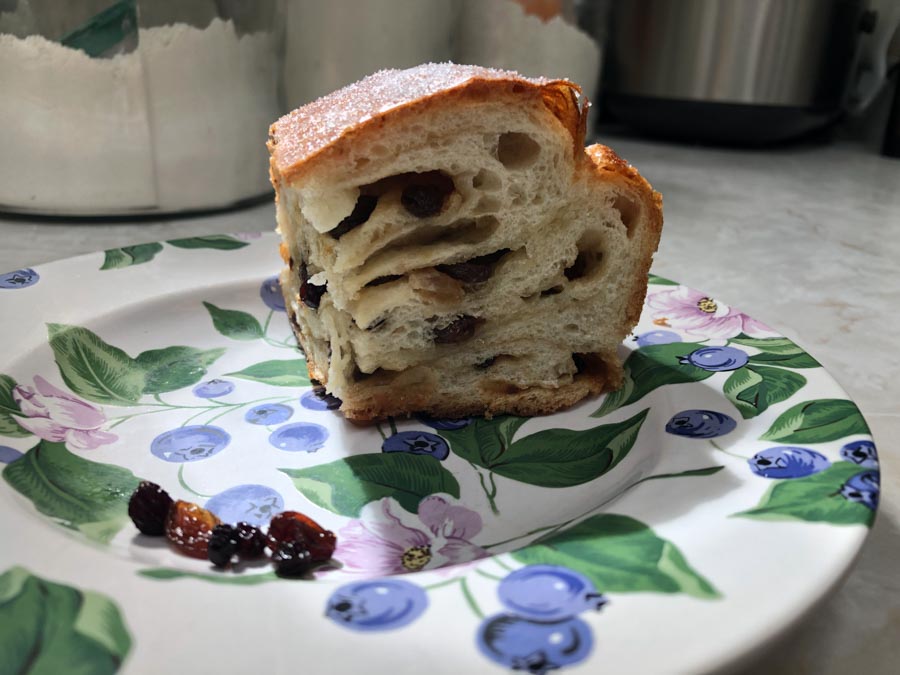 And what's it like? Divine! Ambrosial. Food of the Gods. Soft, warm, moist, sweet and fruity. A nice strong mug of sergeant major's tea goes down very well with it.

I used the recipe here for quantities. If I do it again, I'll modify it slightly to fit with using a KitchenAid mixer - mix warm water, a little sugar and the yeast first to prove it, then add the dry ingredients to the wet in the mixer as it turns. One could also add the chunks of fat and dried fruit at this stage and go without the rolling and folding stages, just first rise, roll to pan size, second rise and bake. Anyway, it's easy and I expect Mrs Rufus would be delighted if you made it for her! My wife would be somewhat less pleased, being a vegetarian.

Yes, but if you didn't do the folding and rolling there wouldn't be the layers and I suspect that's part of the eating enjoyment. At least it would be for me.
Brian

Obviously, Pippa is at her conference.

Yes, but if you didn't do the folding and rolling there wouldn't be the layers and I suspect that's part of the eating enjoyment. At least it would be for me.

Having made one, I realise that one style of lardy cake sold in local bakeries in Wilts was made by doing just one roll out and sprinkling, the dough then being rolled like a Swiss roll, and individual pieces then sliced off and packed into a deep pan for baking. The cakes would be tall with four ripped-apart sides and a browned top. Less work for the baker!

This is her PPP (peripatetic pediatric psychiatrist) week, where she flies to Toronto to work at Sick Kids for a day, then flies to Sydney in Cape Breton for a couple of days work, then comes home. Plan is to drop the Sick Kids work, as the expense of maintaining an Ontario license eats up most of the one day a month pay. It's going to be replaced with work at the Eskasoni reserve in Cape Breton, which can be combined with the Sydney trip and will be paid at Federal Govt. rates (twice the provincial pay for her other work!) Any excuse to visit beautiful Cape Breton is a good excuse...
"Je n'ai pas besoin de cette hypothèse."
Pierre-Simon de Laplace
Top

you should enter great british /canada bake off

Chris, thank you very much. I had no idea how labour intensive it is to make them; I just eat them. No wonder my wife guffawed when I asked her to make her mother’s recipe. Her secondary excuse was that she couldn’t find the recipe; I think this was more a case of there’s none as blind as those who won’t see. Regardless, I’ll keep working on her. I wonder if her next excuse will be that the only worthwhile lardy cake is made with lard from Hampshire hogs.
Bryan
Top

Bryan, you can do this, boss! You have the recipe Chris posted. Fire up the oven and bake!