What is your opinion on fine shaving creams and hard soaps? Do you like Trumpers, Coates, Taylors, Truefitt & Hill? Post your reviews and opinions here!
Post Reply
43 posts

Here is a post about vetiver I put up recently in a series on fragrance terms that I've had going on other forums.

Vetiver (Chrysopogon zizanioides) is a long, tropical, fast-growing, perennial bunchgrass that is native to India but is also grown now in Haiti, Indonesia, and China, and in lower quantities in Java, Japan, the Philippines, Brazil, El Salvador, Angola, and the French Indian Ocean island of Réunion. It is most closely related to sorghum but shares morphological characteristics with lemongrass, citronella, and palmarosa. Its structure make it drought-, frost- and wildfire-resistant and allow it to survive heavy grazing pressure. Its name is derived from the Tamil word vettiveru, meaning 'root that is dug up.' In India its Hindi name is khus or khas. In the United States the cultivar is named Sunshine after the town in Louisiana where it was first grown. 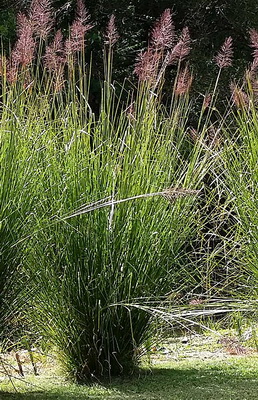 Vetiver processing was introduced to Haiti in the 1940s by Lucien Ganot. In 1958, Franck Léger established a commercial production on the grounds of his father's alcohol distillery there, and in 1984 the business was taken over and expanded greatly by Franck's son Pierre, making it the largest producer in the world. The Haitian operation owned by the Boucard family is another major one. For perfumery, vetiver essential oil (frequently named with the French spelling, vetyver) is primarily steam-distilled from the web-like roots, although in El Salvador hydrodiffusion is used instead. About 80% of the world's total oil comes now from Haiti. The oil is viscous and ranges in color from dark brown to amber. It takes 200-250kg of vetiver roots, primarily from 18- to 24-month-old plants, to produce 1kg of the oil. After the distillate separates into essential oil and hydrosol, the oil is skimmed off and allowed to age for a few months to allow undesirable notes to dissipate. Like patchouli and sandalwood oils, vetiver oil's odor evolves and improves with aging, becoming more ambery and balsamic. Turbulent tropical weather and destabilizing geopolitical influences in its growing regions add to sourcing difficulties and vetiver oil's high cost. The personal care industry uses around 250 tons of vetiver roots per year. Vetiver has a damp, woody earthiness that has made it a favorite perfume ingredient for centuries, and it is found prominently now in around 20% of all male fragrances, and it is present in about 40% of women's perfume compositions.

In India, vetiver essential oil was an ingredient of ancient perfumes and was called the 'oil of tranquility.' It was a common ingredient of incense powders in India and Sri Lanka. A French vetiver plant was purchased by the new US government in 1803 and was planted in the Louisiana town of Sunshine; since then the US cultivar has been called 'Sunshine.' An artisan vetiver perfume called Kus Kus has been produced continuously in New Orleans since 1843. The perfume company Carven, however, claims to have produced the world's first truly commercial vetiver-based scent in 1957, but it was Guerlain's Vétiver in 1959 that gave the fragrance breakout status, and it became even more popular with Lanvin's version in 1964.

Paola Paganini, product development and innovation director at Acqua di Parma, explains vetiver's popularity, saying, "Its warm and luminous accents have always been used to convey a sense of timeless and discreet elegance. It has a less 'dry' effect than other woods such as cedar. On the other hand, though, it brings a smoky-earthy note in drydown." Adds British perfumer Roja Dove, "Vetiver is commonly associated with freshness in a scent, but what it is actually doing is bringing sophistication and depth to make them more universally enjoyable." The scent is also very persistent and has excellent fixative properties for other more volatile or delicate ingredients.

The note often is used as a main theme, sometimes by itself, and added to other scents it is used as a drydown accent. In that way it is a chief component in many old-time barbershop fragrance products. Vetiver is famous for blending beautifully with citrus materials, adding warmth and depth to their fresh accord, and it has been a prominent note in compositions with strong berry, chocolate, or ozone tones. It has been called a chameleon note, presenting as clean or dirty, sweet or bitter, depending upon what other ingredients are used with it. In its top, the terpenes (especially those in young roots freshly distilled) provide slightly green or resinous pine notes, but the greenness generally does not persist, and its frequent incorrect association with overall scent greenness probably stems from the fact that the original Carven perfume was packaged in a green box. Vetiver has an ambery smoky quality that is considered distinctly masculine and has been likened to incense and cigars. Dove says, "It really is the ultimate men's scent. Vetiver showcases a refined, natural elegance that represents the ultimate in how a man should smell."

Vetiver's complete profile is described as earthy, warm, sweet, peppery, and lemony, often compared to the distinct smell of uncut grass on a warm day, but the scents of vetivers from various parts of the world differ markedly from each other. The oil from Réunion and Haiti is said to be floral, clean, and ethereal, while the Javanese one is smoky and dusty. Réunion is generally considered by experts to produce the highest quality vetiver oil, called 'bourbon vetiver' because the location was originally called Bourbon Island, with the next most favorable being oil from Haiti and then that from Java. (However, Indians argue that their oil, obtained from wild-growing rather than cultivated vetiver and mainly consumed within the country, is superior.)

"Vetiver is an ingredient with a lot of complexities," says Emmanuelle Moeglin, founder of the Experimental Perfume Club. "The first impression is fresh and earthy before settling into a deep and warm woody note with smoky and nutty nuances." It is sometimes said by consumers to be reminiscent of pencil shavings or green grapefruit, with underlying notes like sweet violet and orris.

The first chemical analysis of vetiver oil was done in France on extracts from roots imported from Réunion. It has been found to have over 100 recognized components. Synthetic alternatives have been developed for a few of these, such as Firmenich 'Vetyrisia' and 'Vertofix' (cedryl methyl ketone). But because of the complex chemical composition, and despite improvement of analytical techniques, there is currently no overall synthetic substitute available for use in perfumery. Other woody natural notes like patchouli, cedar, and amyris are sometimes used to approximate vetiver's properties, with other ingredients such as grapefruit essential oil, veticol acetate, nootkatone (a natural compound found in Nootka Island cypress trees, as well as in vetiver's base), or methyl pamplemousse (from Givaudan) added at times to further boost or mimic vetiver's effect. Studies have been done on the parameters of vetiver distillation, including use of differing metals (such as traditional copper, which gives the oil a cumin and cedar effect), modification of distilling and fractionating equipment and techniques, and changes in pressure and duration. This has led to commercial modulation of some of the factors, especially with Javanese oil, which has produced new oil qualities such as increased sweetness and density of woodiness, added slightly sulphurous/matchstick tones, increased grapefruit zest, and lessening of unpleasant earthy, smoky, or potato peel aspects.

In addition to use in perfumery, vetiver has been used in creams and soaps for both scent and skin care; and with antiseptic and healing properties, it has been prescribed to treat acne and other skin ailments. Vetiver has been a staple of traditional medicine for centuries in South and Southeast Asia and West Africa, prominently in Ayurvedic medicine, used especially for its sedative, antioxidant, antibacterial, immunostimulant, and arterial/lymphatic tonic properties. It is often included in aromatherapy care, where the oil is thought to be a reassuring emotional stabilizer, dispelling hysteria, anger, and irritability, and allowing tranquility and increased concentration.

In areas of Mali and Senegal, vetiver roots and oil have been used to reduce bacterial and fungal growth in water storage jugs, and in India, woven vetiver root pads are used in evaporative coolers to counteract the fishy smell caused by algal and bacterial accumulation in the wood shavings of the coolers. Sometimes vetiver perfume or even pure attar is added to the cooler tanks to scent the air.

As khus syrup (made by adding the essence to sugar, water, and citric acid syrup), vetiver is used as a flavoring agent for foods such as ice creams and milkshakes, yogurt drinks, and mixed beverages, and as a dessert topping. Muslin sachets of vetiver roots are sometimes dropped into earthen pots containing an Indian household's stored drinking water in the hot summer months, lending a pleasant flavor and aroma to the water. The finely strong and deep-growing root system of vetiver helps to protect soil against wind and water erosion, especially on stream banks, terraces, and rice paddies, as well as slowing water flow and increasing the amount of water absorbed by the soil, so it is frequently planted for erosion  prevention. Vetiver mulch is used widely in gardens to promote water infiltration and reduce evaporation, and as the mulch breaks down it adds nutrients to the soil. It also protects crop fields against pests and weeds, especially those of coffee, cocoa, and tea plantations, and the plant root's penetrating ability additionally loosens compacted soils. Vetiver has been planted to stabilize railway cuttings and embankments, including those of the Konkan railway in western India, in an attempt prevent damaging mudslides and rockfalls. One study has shown that the plant is capable of growing in fuel-contaminated soil and even cleaned the fuel from the soil nearly completely. Similarly, vetiver roots are tolerant of and absorb heavy metals.

Vetiver is sometimes used as feed for cattle, goats, sheep, and horses, although the nutritional values vary. Although the plant has no insect repellant properties, vetiver extracts are used to repel termites from buildings. It was used similarly by trader merchants to protect cloth products from insects while in transit, and small bundles of the roots are still placed near stored home linens to repel mites (including in French Provençal, where it has been combined traditionally with lavender). Vetiver grass is used as long-lasting roof thatch and in making mud bricks with low thermal conductivity for house construction. With its light purple flowers, it is used as an ornamental plant, and garlands of its grass are placed as adornment and offerings in Hindu temples, where its scented water is used in rituals. Finally, its fibrous qualities make it useful for crafts and in making ropes. In Indonesia, the roots are used in the production of floor mats; and in the Philippines and India, the roots are woven to make fans called 'sandal root fans.' Vetiver mats are typically hung in Indian doorways or windows and kept moist by spraying with water, so that the mats cool passing air and emit a fresh smell.

In a scientific effort to track where mosquitos live during dry seasons in sub-Saharan Africa, the insects have been tagged with strings soaked in vetiver oil and then released, after which they are tracked by dogs trained to detect the vetiver scent.

Some of the best-known masculine perfume products with significant vetiver include:

John, thanks for providing this very thorough information.
Gary

Once again, I succumbed to the siren song of Terre d'Hermes and got the Eau Tres Fraiche version for summer. Nah, should have listed to my inner voice. Third time I tried TdH and each time sold the bottle. This one is up for sale too