What kind of fragrances do you prefer?
Post Reply
35 posts

Good luck with the search.
Gary

Thank you Gary but I don't have any expectation of finding it, that stuff is probably long gone by now. However, I found some pictures of a very old bottle of Hammam Bouquet extract from an old Ebay listing, which look like it dates back to the original Penhaligon's before Truefitt & Hill bought (?) the rights. So you never know!

Here's those pictures and I think it looks much older than the extract bottle in that other picture thats been circling around. I just want to share some more pictures I found. Probably from when T&H owned the right based on the address?

And the second one: This one is interesting as the label contains two Royal Warrants so it has to be a more recent bottle than the first one. However, I was under the impression that Penhaligon never offered the Extract after Sheila Pickles revived the house (?).
Olle
Top

Those are some impressive representatives of a bygone era. I wonder whether someone with the surname Penhaligon may have laid hands on that very bottle at some point.
Gary

I just want to share this very interesting presentation and discussion with Sheila Pickles about Penhaligon's in the journal of the Royal Society of Arts from 1982 (page 13 and onwards). Apparently Penhaligon still had one 99 year old barber with only one remaining customer when Sheila took over and revived the company in 1975! Also, after reading the presentation and the following discussion I doubt she's happy with the direction Penhaligon has taken after she left the firm.

You have to create an (free) account in order to read the article (I used my Gmail-account).
Olle
Top

Late to this but that bottle in the first post has juice that resembles my juice very closely. My bottle is an old sprayer though so not vintage but I suspect it being one of the first reproductions intended to be very close to the original. Who knows though.

In short, I like my juice. Very rosey and anamalic. I don't wear scent anymore but for years I've put a spritz of it on the right cuff of my sports jackets that I do wear daily. It remains faint there and I can only smell it when I put the cuff to my nose. And it smells excellent, very barbershop yet rosey. An odd custom, I know, but it does give me a lift when the day's doldrums seem to wear on.

As an aside I do have a modern bottle sprayer of Hammam I received about five years ago. It's not the same as my first bottle (much older, by a decade at least) but it's still enjoyable.

Good luck with your bottles, I hope you enjoy them immensely.

I don't know if anyone here is as interested in old bottles from the British perfume/shaving firms as I am but here are some more pictures of two old and very rare bottles from Penhaligon's that I recently bought, one beautiful crystal bottle called "Royal Violet" and a classic apothecary styled bottle called "Serenade". Two very obscure scents from Penhaligon's that I cannot find anymore information on but I presume that the "Royal Violet" bottle is older than the "Serenade" bottle which display their Royal Warrant to the Duke of Edinburgh, which they received in 1956. 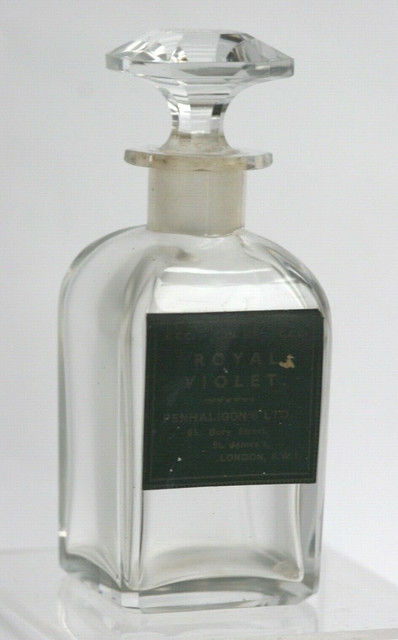 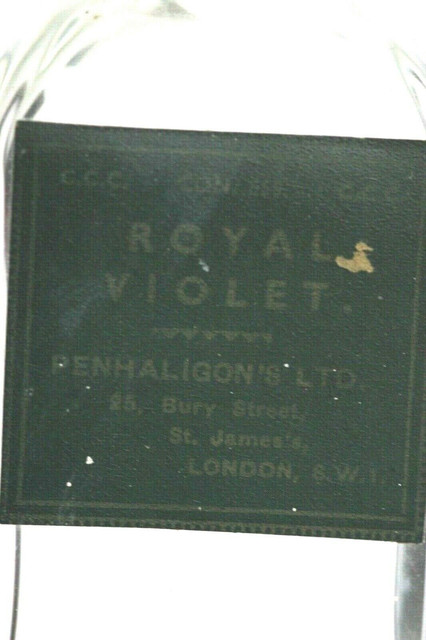 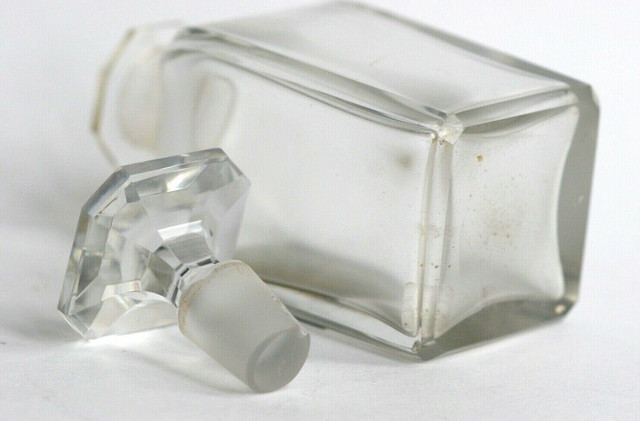 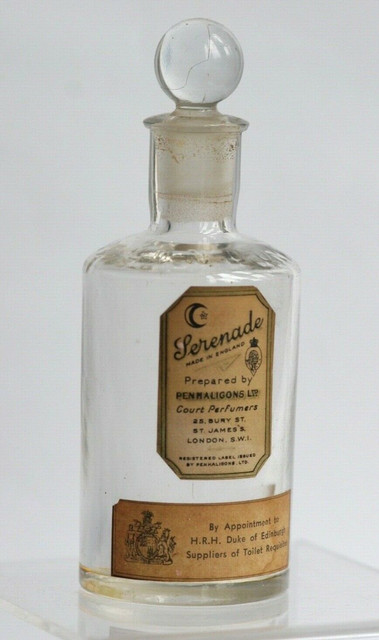 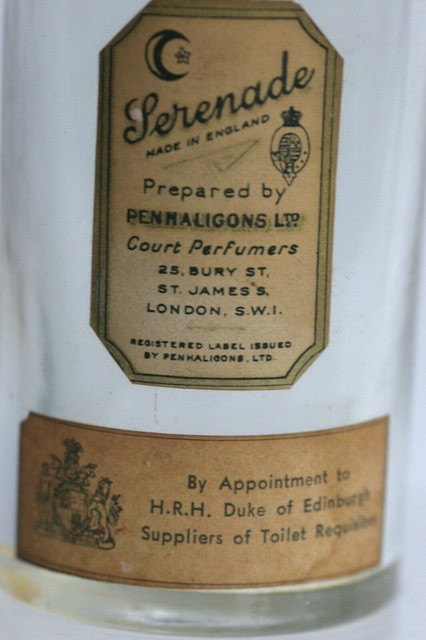 This is such a fascinating scent. I really like it.

I realize that this is a nearly two-year old thread, but I would have tried chilling just the top by resting a gel pad (fresh out of the freezer) on top of it.
"If this isn't nice, then what is?" - Kurt Vonnegut's Uncle Alex
Top

I think so, yes. Don't know if that is the case anymore - I bet the royals must have experienced the loss of quality in Penhaligon products, as we have, unless they get some special concoctions only available to them, Penhaligon made that elusive Hairdressing only for Prince Charles for example, I wonder if they still offer him that service.
Olle
Top

John Rose wrote: ↑Thu Aug 06, 2020 10:57 pm I realize that this is a nearly two-year old thread, but I would have tried chilling just the top by resting a gel pad (fresh out of the freezer) on top of it.

Thanks for the Advice but I decided to keep the bottle intact and not open it for preservation sake, I have some other bottles I use instead.
Olle
Top

I highly recommend that you read a particular excerpt about Penhaligon's from an old 1893 about London and it's "Representatives of Commerce". The book itself is filled with pretty detailed descriptions of old London Businesses and establishments -- Tailors, shirtmakers, shoemakers, furniture makers, paper merchants, cigar and wine merchants, haircutters, perfumers and much more.
The most interesting, from my point of view anyway, is their quite detailed description of Penhaligon & Jeavons of the time, including some of their products. The author begins with to describe the perfume maker wonderful premise in quite some detail when Penhaligon's were located in St James Street but the shop was designed in a such a way that, it's was also adjacent to Jermyn Street as well. They continue to claim that the establishment was frequented by various royals so your guess that Hammam has been worn by the recent Kings of England might very well be true. The piece goes on to their perfumes and only two of them are mentioned, one obscure one called Marechal Bouquet (several other houses carried perfume named after Marechal as well, The Crown Perfumery Co comes to mind for example).

Of course, they also mention Hammam Bouquet and point out that this was regarded as the firm's greatest and most popular perfume at the time and are quick to point out the extensive demand this perfume created among the aristocracy and that but that Hammam Bouquet had won the "estimation of every Royal House, and is used and accepted in all the courts of Europe".

It does bring up some quite interesting questions about Hammam Bouquet though and the modern view of it being solely a perfume for Gentlemen and not for Ladies, this was probably true later on in the 20th century but I'm not at all convinced that Hammam from the beginning, was seen as a perfume solely for Gentlemans and not ladies (the book itself makes no such statement, writes nothing about it being purely a gentleman scent).
Perfumes in the late 19th century were much more of a unisex affair than they are to now (I'll try to come back tomorrow and attach a recent survey I read about this topic -- that flower perfumes in the late 19th century were regarded as a sort of unisex creations by the aristocracy -- Ill try to find the survey and post it on here tomorrow). Therefore, and to be honest I can also be dead wrong about this. But I don't think Hammam Bouquet was from the beginning marked towards men only and that was something that occurred later; ie Penhaligon decide to begin to market the scent more towards the male market.

The book: http://messybeast.com/1893-illustrated- ... london.htm (you can search for Penhaligon and you'll find the excerpt).
Olle
Top

Great post! And thanks for the link, I'll check it out.