Yesterday was our weekly errand day, and when my wife and I arrived at the local county library branch, we saw this classic. Perfect for cruising on a warm day. 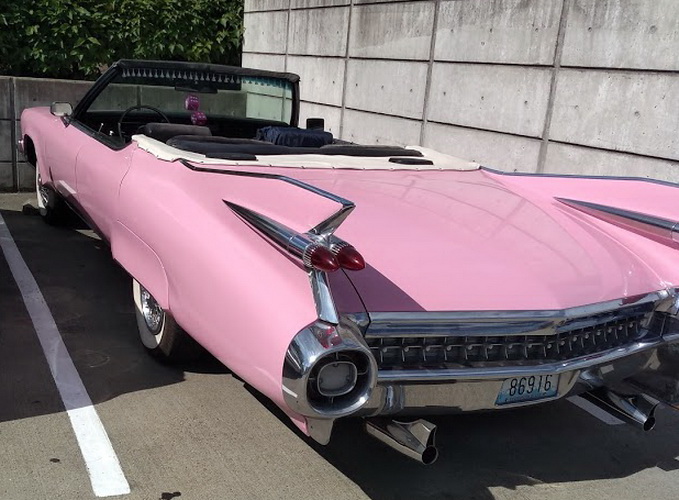 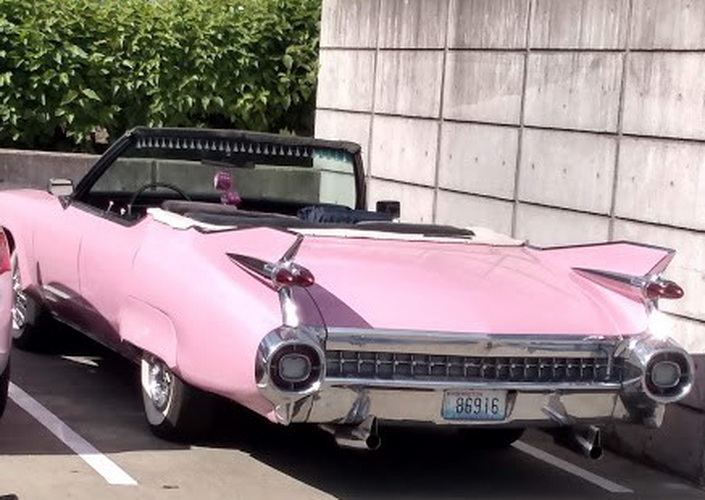 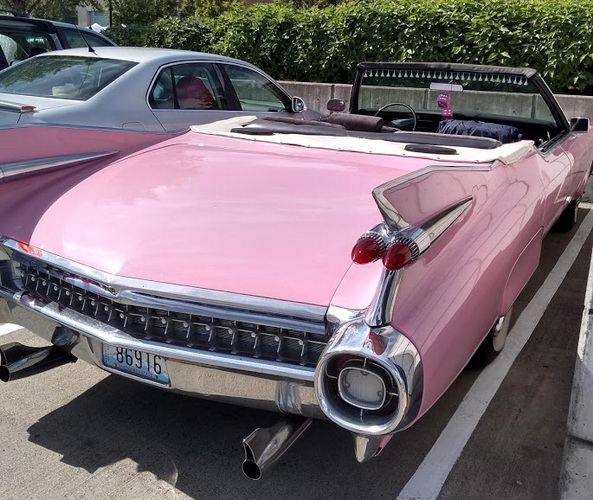 The fringe and dice are great touches!
Jim
Top

We all ridin' on the freeway of love in a pink cadillac!
"Je n'ai pas besoin de cette hypothèse."
Pierre-Simon de Laplace
Top

1959 guess what the gas mileage was. Around 30 cents per gallon.
Gary

Beautiful car, thanks for sharing. I Iove seeing these as they are a reminder of a bygone era.

I had a 1960 Cadillac which was virtually the same vehicle, so much so that Cadillac issued only a supplemental shop manual to the 1959 shop manual to address the minor changes. I have many wonderful memories of times in this car.

Easy to work on but a death trap. The original "wrap it around a tree" type car because of it's X frame.

When I had mine I used to think it was a tank and very safe. Years later, after I sold it, I viewed a video online of an offset head-on collision between a 1959 impala (same car only cosmetic differences) with a 2009 Chevy. The outcome was the driver of the 1959 vehicle was judged to have been killed by the collision while the 2009 vehicle driver suffered minor injuries to the ankle.

No seat belts in these as well, at least not from the factory.

I still love the styling of the old vehicles though, just glad I never had the occasion to learn how wrong I was about their safety before I sold mine.

Mine will always be with me though as I sold it to pay for my now wife's engagement ring. So I think of it as sitting on her finger in the center of the diamond.

Gary, it was more like gallons to the mile driving one of these. The gas mileage was really lousy in these but the thinking of the time when it was built was that if you could afford to buy one you didn't care about how much it cost in gas to run one.

To this point the owner's manual actually had a section advising the owner to have the cylinder's changed out when driving in foreign countries due to the difference in fuels. How bizarre it seems in the modern era of cars to think of taking on the expense of actually rebuilding the engine to drive it afar.

Gorgeous interiors though and I wish cars were still made with interiors as beautiful as the old ones.