This one is a little beauty. A 4/8 hollow (and like every hollow tiny razor, it isn't full, but about half hollow) in carbon steel with round point and art deco celluloid scales. Just a few superficial pits on the reverse of the shank and tang. I'd date it from the 1920's at a guess. I know the Knyn family have been listed as cutlers and razor makers since 1683, and Abraham was born in 1831. The last reference to the business I have found listed them in 1922 being at Solingen - Gräfrath, so there must have been a branch in Gräfrath, Bavaria as well as at Solingen. One hopes the name 'Abraham' does not mean the family came to an undeserved end in the next few years. One peculiarity of their razors is that they are always stamped with a model number, and this one is a '13'. Some older Knyn blades have the width stamped after the model number, which is not something I have seen on any other makes. 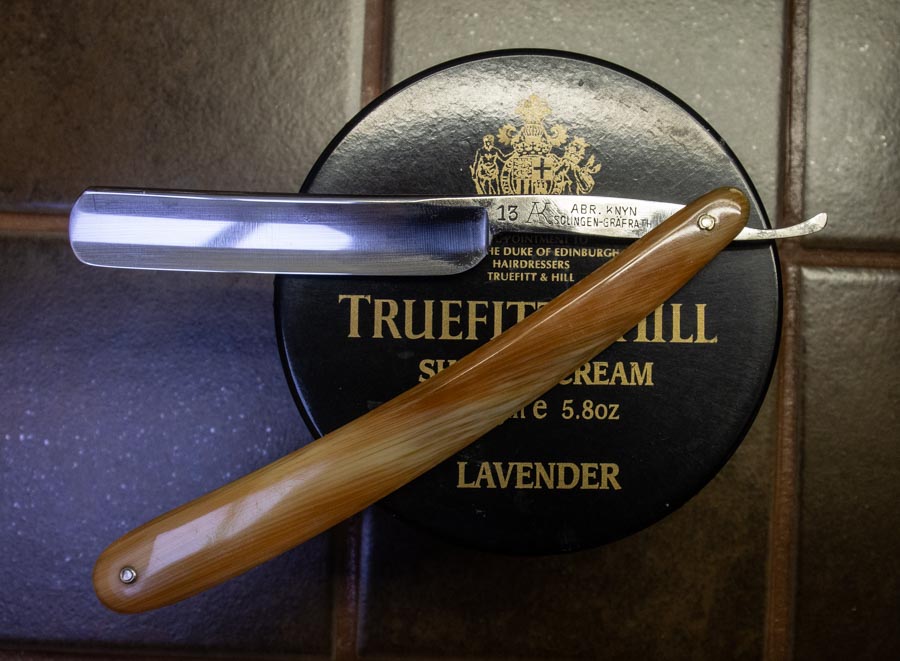 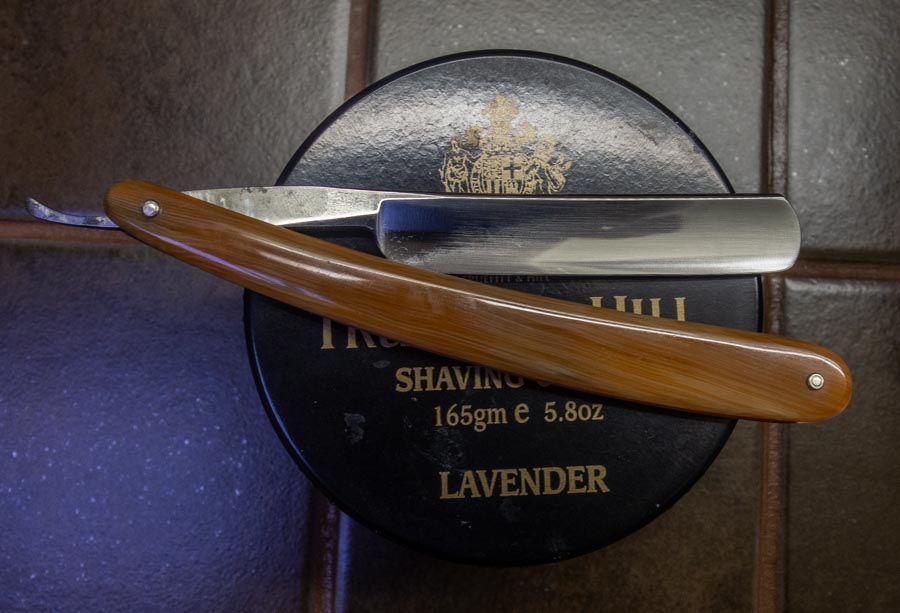 Even the box it came in is in good shape: 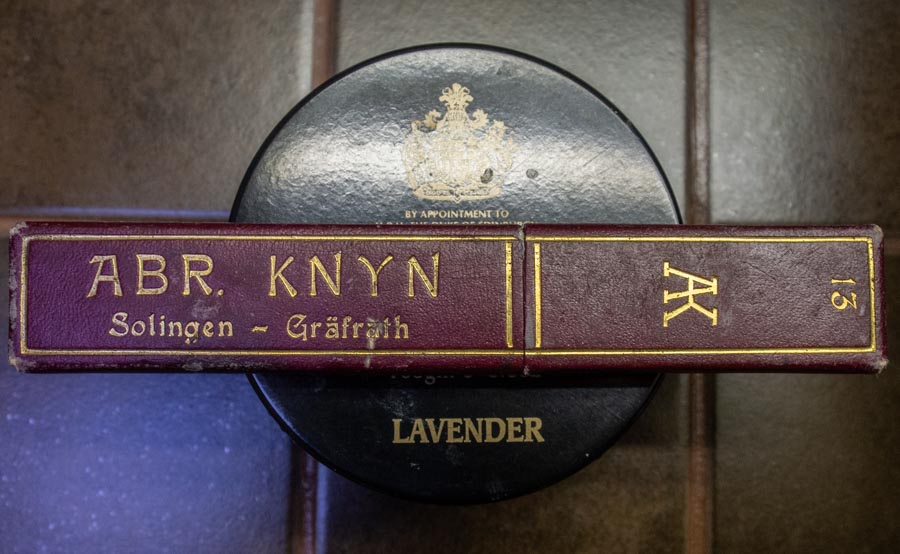 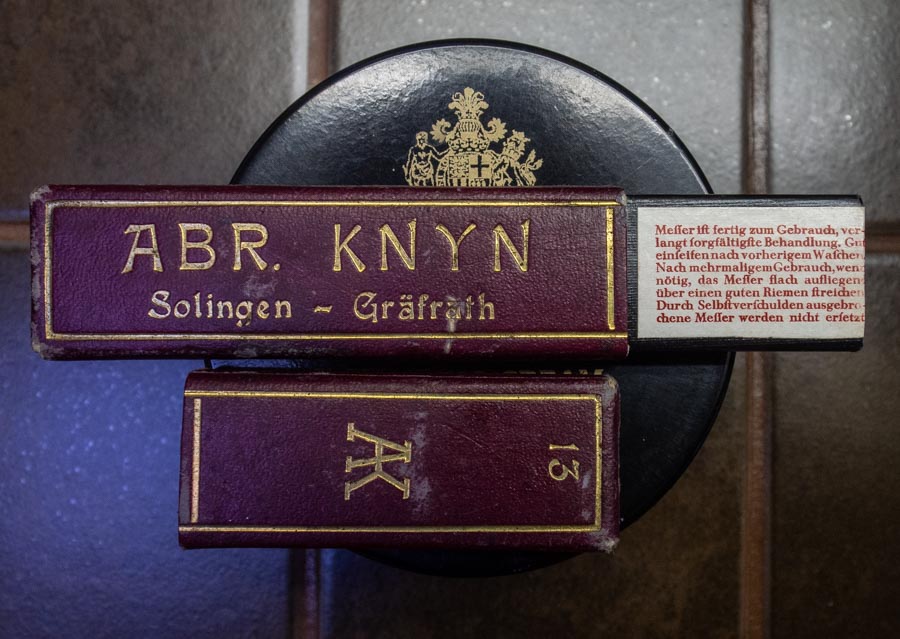 The text in the box uses lots of 'f's in place of 's's, a habit that fell out of favour in English printing practice in the late 1700's. Replacing the appropriate 'f's, it reads:

Which I think means:


Knife is ready to use, requires careful treatment. Wash well after use. After repeated use, if necessary, stroke the knife flat over a strop. Disposable blades are not required.

Better speakers of German may correct me! I must have honed this in the past as it came up from the hoard in the basement already sharp. I just touched it up with some green paste and stropped on canvas and red Russian leather. It is a superb shaver: the downwards pass went by with no sensation of being shaved and left my face more than acceptable as a single pass shave that would last a day. Being a slut, I re-lathered and went upwards under the jaw line and across the cheeks and chin. Perfection! I found I have a 200x microphoto of the edge taken when I first had it in 2004, which might explain the lovely shave: 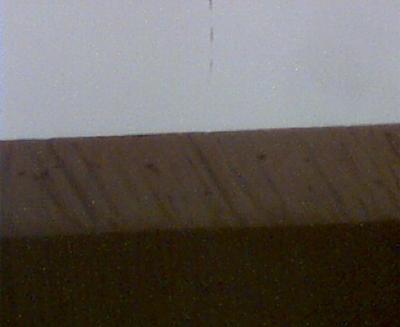 What a lovely edge! I don't know whether that after I honed it, or the way it came from a SR-Yahoo user, Dave Francis, who told me he had honed it on Shaptons. Dave sold me several razors in those days, including the Spear Wedge. I hope he's enjoying great shaves wherever he is.
"Je n'ai pas besoin de cette hypothèse."
Pierre-Simon de Laplace
Top
Post Reply
1 post • Page 1 of 1