What Did You Hone Today?

Use a straight. You know it makes sense.
Post Reply
125 posts

This is the last of four razors that had previously beaten me when it came to honing them. It's a Wacker 6/8 french point, which claims to be made from silver steel, though I don't know what that means in this case. There was a 19th century steel alloyed with silver created by Michael Faraday, but today there is no silver in Sheffield silver steel, where silver refers to the bright shine this particular steel exhibits. 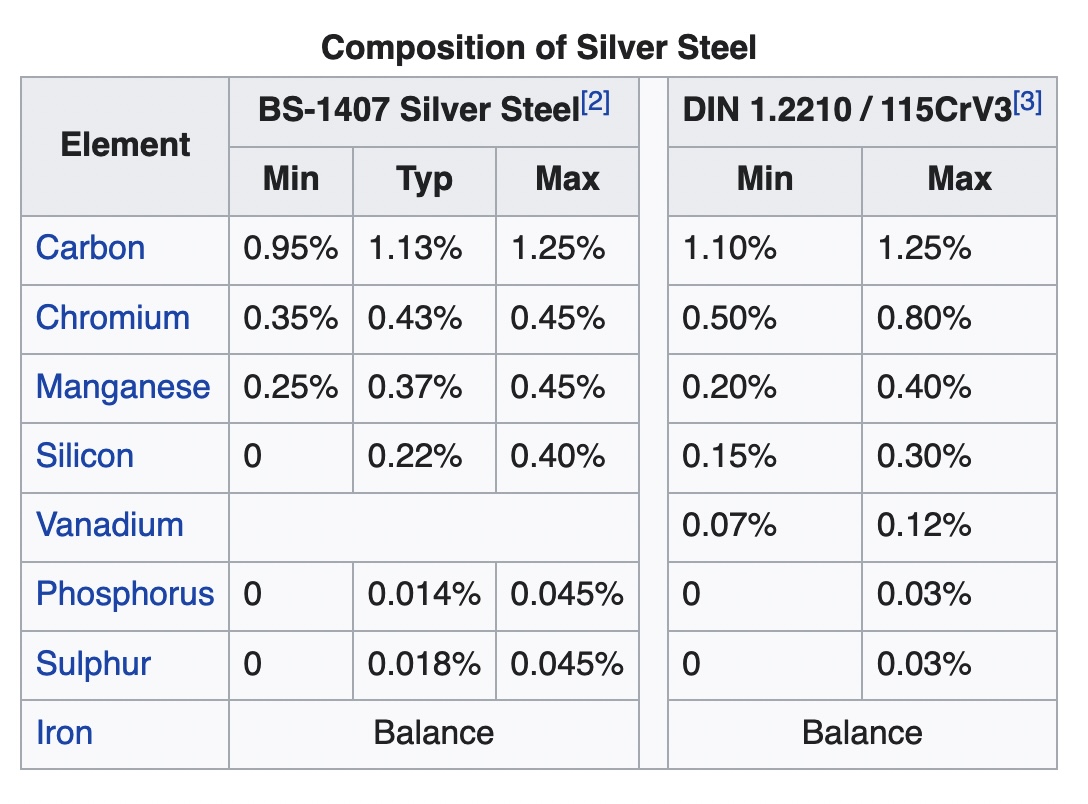 The composition on the left is the British standard, and the table on the right is the European standard, which has more chromium and the addition of vanadium. The British version of this steel is said to be be able to be hardened to a maximum of 64HRC, and I suspect the European might be able to get a bit harder still (based on the fact this blade is harder to hone than a TI Sheffield silver steel blade). That seems to fit this razor. 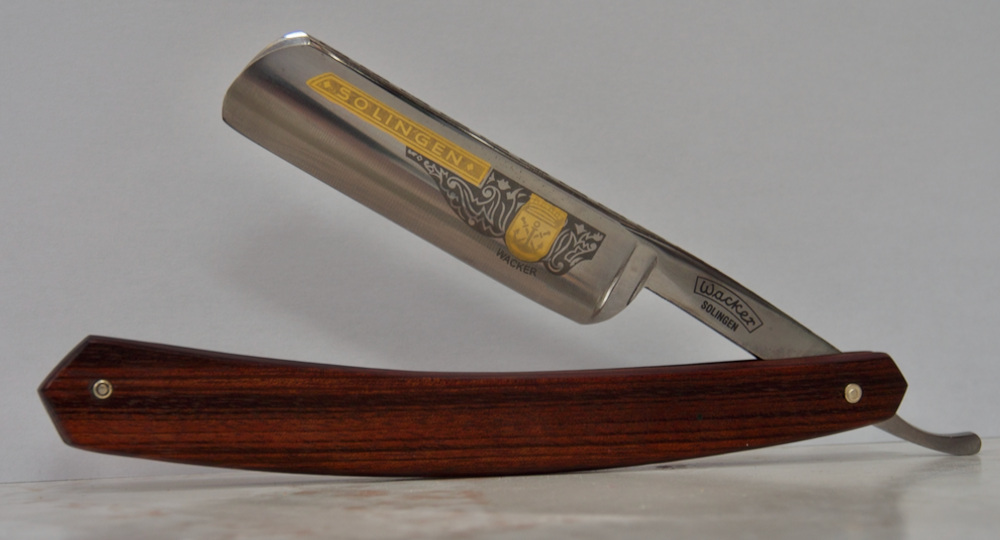 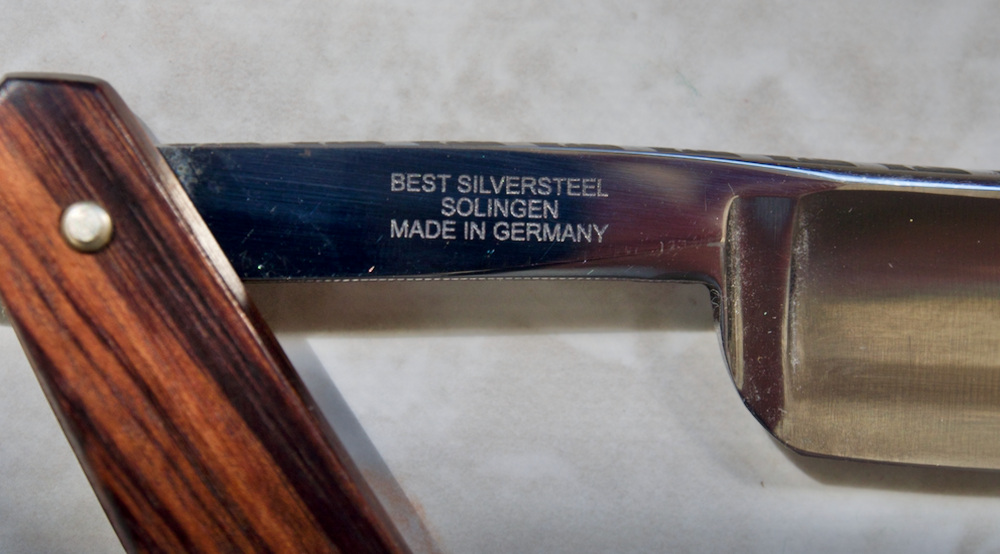 which has a pretty pattern etched on the spine: 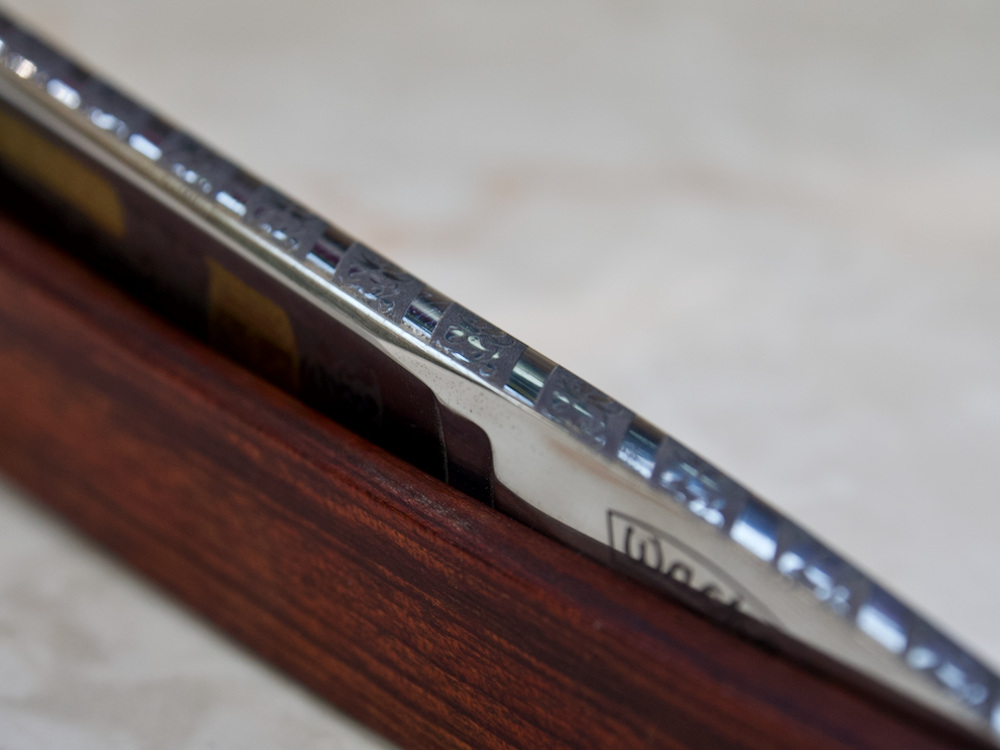 I got it shaveable for the first time last fall during my journey through all my razors, using the Chosera 1k, coticule, Arkansas progression, and even went back on the Ark with some Edge gel - all the stuff is really good for is emulating the old barber's trick of lather on a hone and that's why I have a rusty old can of the stuff at the back of the cupboard. So today I just touched it up on the lapped black Ark using my glycerine/detergent/water mix, then gave it a good stropping on the linen, suede and Cordovan Kanayama strops.

Addendum: having now shaved with it, I'll elaborate on what I did on the Arkansas—I filled in the gaps in the progression described a few posts back. This means nearly four times as many back and forth strokes, 227 instead of 60. That was followed by 40 edge-leading strokes, 20 straight and 20 x-strokes. This sounds ludicrous, but overhoning isn't an issue using the back and forth strokes as a fin cannot form. Where I have been making repeated trips to the Ark with some of these razors, getting the 60 back and forth pattern, and getting a bit better each time, this time I knew the razor to be very hard and stubborn so I really went to town The result? A shave I literally could not feel occurring as it slipped through the whiskers with no sensation. Very, very happy. Just wish I'd discovered that ten years ago when I bought it!
"Je n'ai pas besoin de cette hypothèse."
Pierre-Simon de Laplace
Top

I have an old Rugby best silver steel razor, I'm guessing (it doesn't say) this was made in England. Now that I've had the advantage of your information, I probably should take this one back to the big-boy stones one more time with a vengeance to find out whether it may be a hidden treasure waiting to be discovered.

Gary, do I understand from your SOTD post you actually followed me into the rabbit hole of back and forth honing?
"Je n'ai pas besoin de cette hypothèse."
Pierre-Simon de Laplace
Top

Now it seems like common sense to go back and forth, just so I get about the same numbers on both sides to keep things equal. Thank you!