Today's razor is branded Loeffler & Sykes of Rochester, NY. It was made in Germany, but by whom is unknown (I dunno, but it shaves like an ERN). I do know that F.H.Loeffler started his barber supply business in Rochester in 1887, and took on Sykes as a partner in 1897. The business reverted to Loeffler & Co. in 1904, and traded under that name till 1957. It seems that Loeffler Beauty Supplies still exist in Watertown and Rochester, and as Loeffler Beauty Systems in Buffalo. Anyway, we can pin down the origin of this razor in the seven years between 1897 and 1904.
It's a 6/8 carbon steel blade with round point and a mirror finish. Double stabilizers at the heel indicate a full hollow grind. Jimps on the underside of the tang only, and the tang also has a bevel ground onto it's lower part, just like that seen on Sheffield razors of the mid-1800's. I couldn't remember seeing that on a German razor before, and I see a few of mine have it. Probably most German makers didn't bother as their tangs are smaller than on the old Sheffield choppers, so no need to lighten them this way. The tang has the L&S logo of a chap holding a sword and a flag, and the reverse of the shank is where the script
"Loeffler & Sykes
Rochester, NY
Made in Germany"
is stamped. It's unusual to see markings on this side of the shank - I have a C-Mon Wedge in need of restoration that has the same arrangement of logo on the front and maker on the reverse). The blade is in near new condition, with two small linear stains near the point on each side where some fool has put it away with the scales or blade still damp; the marks are where the blade touches the scales when completely stowed. Those marks are now (post-photo) almost invisible after using some metal polish. The scales are celluloid with no spacer; they meet together and are held by one of the brass pins. They are molded to resemble bamboo, which was quite a popular fashion at the time. Perhaps that was related to the late-Victorian craze for chinoiserie. 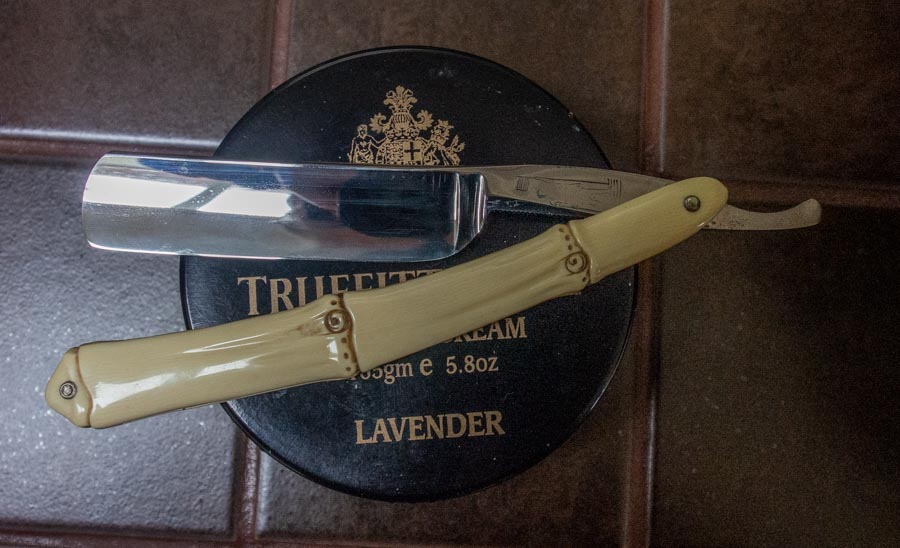 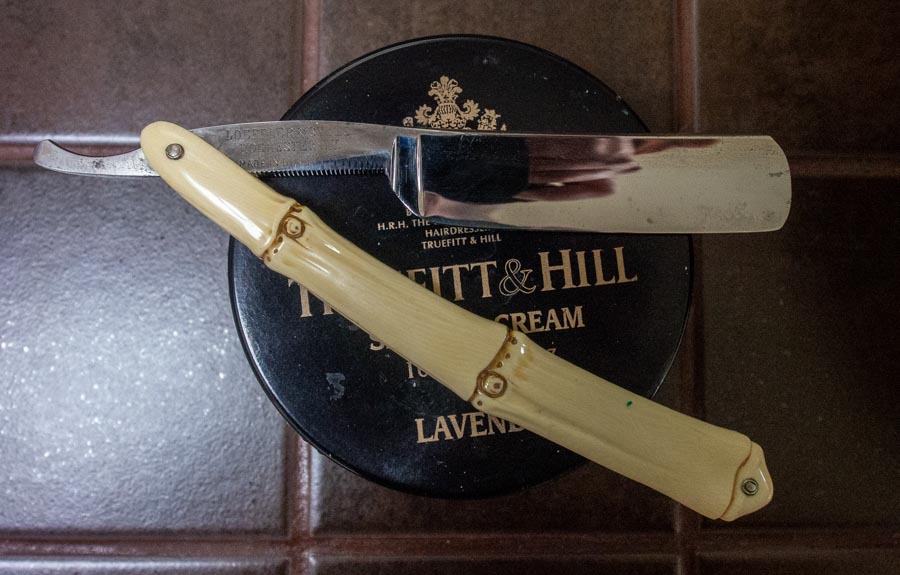 I also find I took a 200x micrograph of the blade's edge when I first had it in 2004. (This was also a purchase from Dave Francis.) 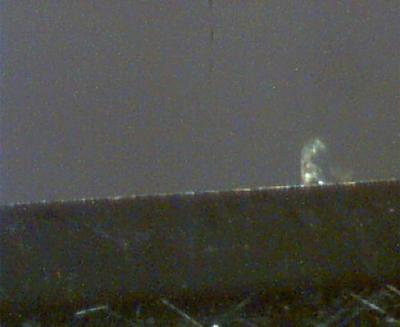 The razor arose from the basement feeling pretty sharp, so I simply refreshed the edge with some paste and stropped it in the usual fashion. So how does it shave? I'm sad to report that I probably shaved with this blade once in 2004, and then put it on display on The Wall of Shame for its pretty scales. It's wonderful. It doesn't twang, but sounds like the edge of stiff paper being scraped over the skin. A very close shave with no tendency to dig in. Makes you feel extremely confident that the razor will go exactly where you want it to go and not deviate and draw blood. How could I have wasted this blade for 15 years? I'm going to have to spend some time with this blade.
"Je n'ai pas besoin de cette hypothèse."
Pierre-Simon de Laplace
Top

Nice, pearls are where you find them. I have a set of those scales someplace in the shop.
Top
Post Reply
2 posts • Page 1 of 1