I'm not an expert on these stones, just an ordinary user. Some people pay large amounts for the rare kinds, such as the natural two-layer coticule/Belgian blue called La Veinette, or the peculiar Les Latneuses, which has a layer of typical coticule next to a layer of hybrid material which cuts faster. There are others, and I honestly know only that they exist. You can spend close to JNat money on them.

Nearly all coticules and Belgian blue stones come from quarries in the Ardennes (there are some to found here in NS), some of which are exhausted. All contain relatively large garnets, which are cubic crystals made of silicates of iron, manganese, magnesium and calcium. Moh's hardness is 7.5 at most. Belgian blue stones are often considered to be like 4k waterstones, and coticules have been describes as being anything from 8k to 16k. Just like Arkansas stones, this is misleading, though for a different reason. Arkansas stones are very hard and hold onto their abrasive grit, so their action depends largely on how the surface has been dressed. Coticules and blue stones have a soft and frangible matrix, and the garnets are easily released to make a slurry. So you can use a lot of slurry and have it act as a coarse stone, dilute it as you go and have it behave like a finer stone. This is the dilucot method. Some people will choose to use the stone and then add tape to make a micro-bevel for a finishing touch - the unicot method. I'm sure you can get lost in the intricacies of those.

I prefer to use the stone under running water so that slurry and its concentration is not an issue. This means I'm using the stone as a single grit, but it still allows for a very fine edge if you finish with super light strokes (or even out from the tap with some soapy water for an extra fine effect). Some folks are happy to shave on that edge, especially after a good and long stropping session. They say it might not be as sharp, but is very comfortable. I don't do that - I'm using the coticule simply as a mid-range stone and then moving on to hard Arkansas stones for the finish.

So what am I bothering to write about here? I'm not into the expensive and exotic kinds, nor into the complex kinds of one-stone honing that some like. I'm simply going to point out there is a lot of variation in the surface of coticules, and you might like to know a little something. I have now had a couple with a smooth, almost shiny, waxy-looking surface. They feel pretty smooth when you run a fingernail over them, but they cut quickly and give really good feedback in the way of stiction when the bevel is conforming to the stone. Then they are the dry or chalky-looking stones, which cut more slowly and give little feedback. They are probably better at releasing slurry if that's what you want for your kind of honing. The dry-looking ones are more likely to have fissures in the surface in my experience, but these don't seem to harm the edge at all during honing. I know you don't get to see what you're buying if doing so online, and I can't tell if this will hold true in the future, but the coticules I've had from timbertools.com and from sharpeningsupplies.com have been the dry and powdery-surfaced kind. The waxy fast-cutters have both come from theperfectedge.com, and I'd recommend those if you are looking to try one out. I shall try to take some photos in daylight tomorrow and see if I can show what I mean. 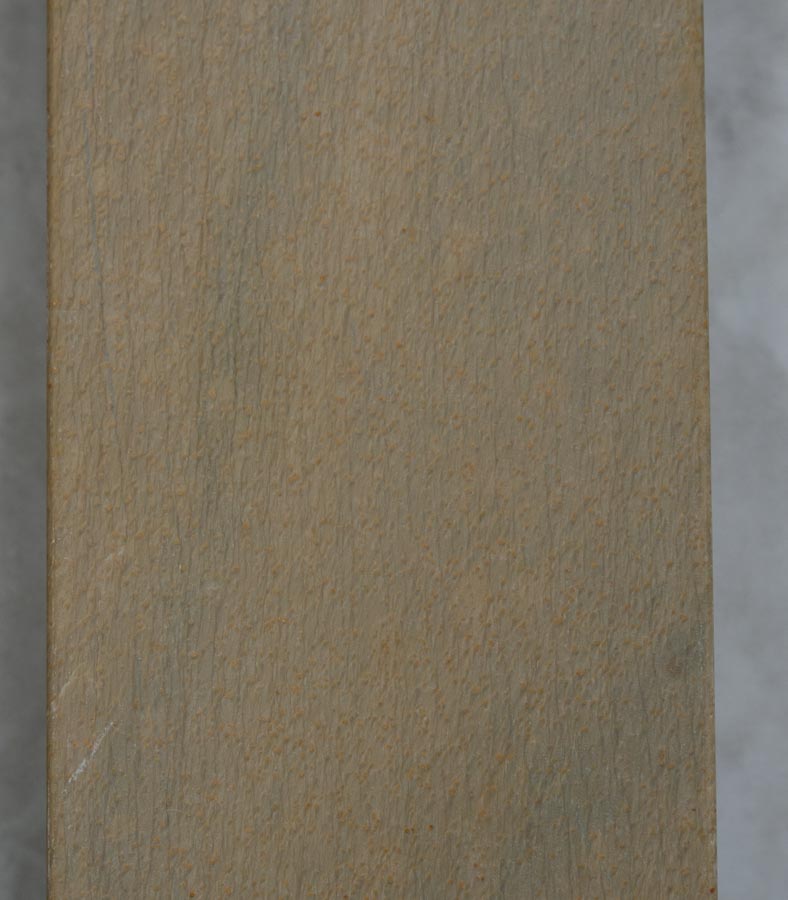 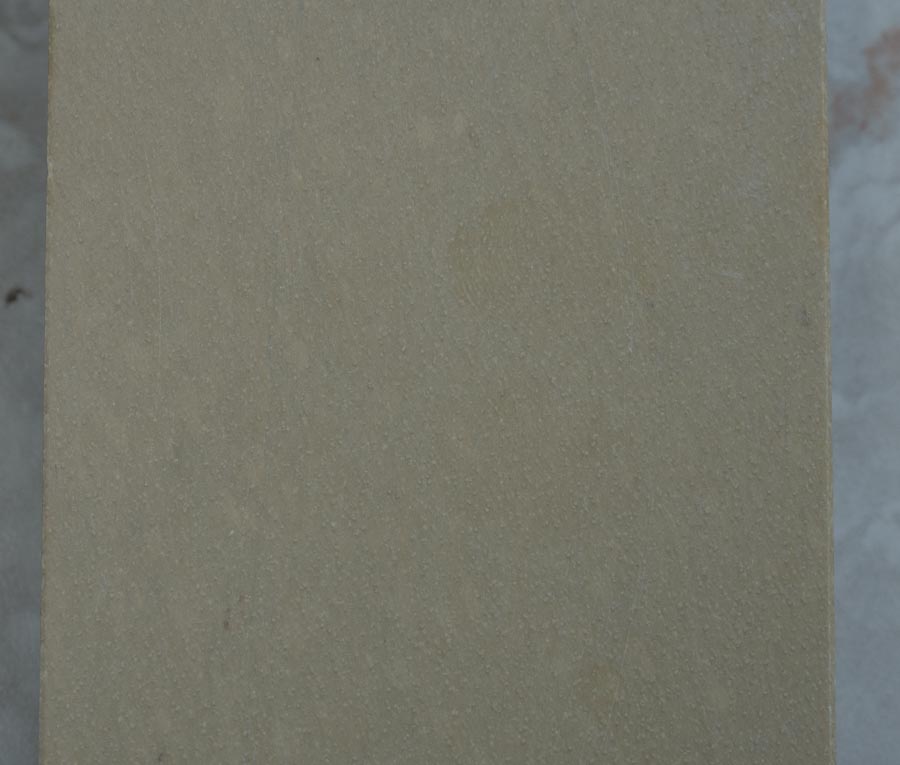 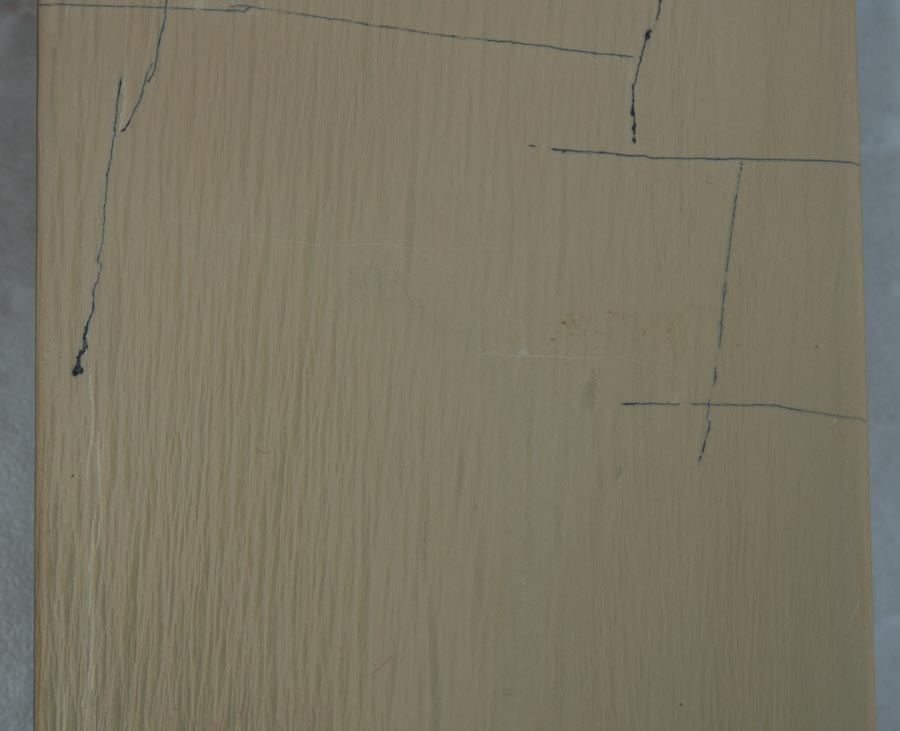 Curiously, if you magnify the first two images, you see round blobs in the surface, orange coloured in the 2" stone, and creamy in the 3". They are not seen in the linear striations of the 3" dry stone. I don't know what that's about. I suppose this stresses the fact they are natural stones, and there is no such thing as a "coticule" that can be understood as having certain exactly-described properties. They will vary, and properties will vary. I'd say the 2" stone is probably the best cutter, with the 3" waxy the next best. Given the wider stone can offer far better feedback when honing (stiction is going to be proportional to surface area), it is probably, on balance, the better stone overall. The dry, fissured stone is in third place, but might well be better, or even the best, if you are a slurry honer.

You can go straight from a bevel-setting hone to a coticule, especially if using a 3k for that role. If you use a 1k hone, you can still do it, but it will be quicker to interpose something else. You can shave straight off a coticule if you have a mind to, and you don't have to do the dilucot or unicot thing - simple honing and a very light touch at the end with plenty of stropping will get you to a shave of respectable quality. So if you hone, and you haven't tried one of these, you might consider it. I'd recommend one from theperfectedge.com. BTW, I'm not paid or in receipt of freebies, just a satisfied paying customer.
"Je n'ai pas besoin de cette hypothèse."
Pierre-Simon de Laplace
Top
Post Reply
1 post • Page 1 of 1